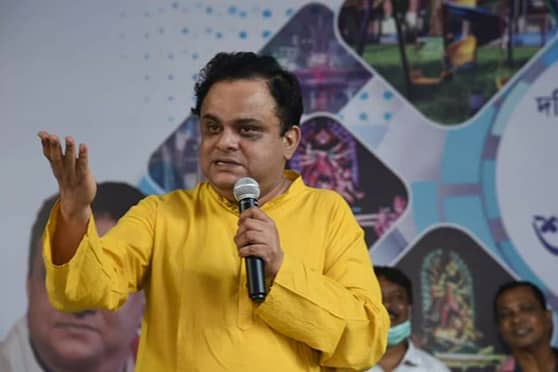 Advertisement
Summary
The academy’s committee has 13 invitee members, including poets Joy Goswami and Srijato Bandyopadhyay; and novelists Shirshendu Mukherjee, Sanjib Chattopadhyay and Abul Bashar among others
Basu has been bestowed with the Sahitya Akademi Award 2021, succeeds late theatre doyen Shaoli Mitra in the chairman’s post

West Bengal education minister Bratya Basu has been appointed the chairman of Paschimbanga Bangla Akademi, an autonomous regulatory body that promotes the study and research of Bengali language and literature.

The state’s Information and Cultural Affairs department issued an official notification on January 20, which said, “Bratya Basu is being appointed as the new chairman of Bangla Akademi from January 20 till further orders.”

Basu — an eminent theatre personality and Sahitya Akademi Award winner who has 25 years behind him as a stage actor, director and playwright — will be succeeding the late theatre doyen Shaoli Mitra, who breathed her last on January 15.

The committee also has government representatives from the departments of Higher Education, Finance, Information and Cultural Affairs as members. Appointments to the Paschimbanga Bangla Akademi committee are made only after the Governor gives his assent to the names recommended by the state government.

The Paschimbanga Bangla Akademi was established in 1986 with the consent of leading Bengali intellectuals of the time. Its vision was to promote Bengali culture through its language and literature; reform Bengali spelling and grammar; and compile dictionaries and encyclopedias.

Over the years, its rules and regulations have gained widespread acceptance in West Bengal and Tripura, finding favour with the Ramakrishna Mission as well as publishing houses like the Oxford University Press.

In 1994, the Paschimbanga Bangla Akademi was declared an autonomous governmental body.

The autonomous body has collaborated with the Sahitya Akademi, the Bangiya Sahitya Parishad and the National Book Trust among others, even organising programmes in several universities and cultural institutions in West Bengal and other states to promote Bengali literature.