US Mission in India celebrates Student Visa Day across the country 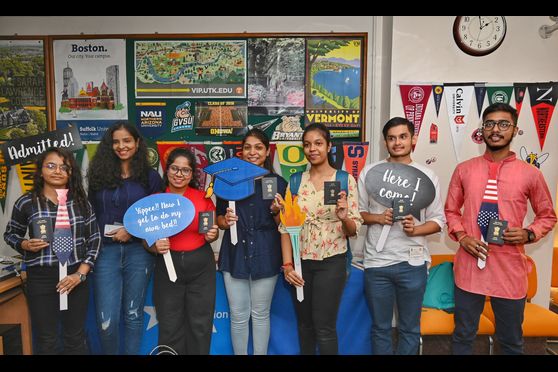 Students pose for a quick photo session during the Students Visa Day at the American Center, Kolkata Source: Amit Datta

On June 7, the US Mission in India organised its sixth annual Student Visa Day. Consular Officers at the U.S. Embassy in New Delhi and Consulates General in Chennai, Hyderabad Kolkata, and Mumbai interviewed more than 2,500 Indian student visa applicants.

Chargé d’Affaires Patricia Lacina and consuls general throughout India congratulated visa recipients as they prepared to join the growing ranks of Indian students who have chosen to study in the United States. “Today we recognize the many contributions of Indian students in shaping the US-India relationship, which is celebrating 75 years of achievement," said Chargé Lacina. 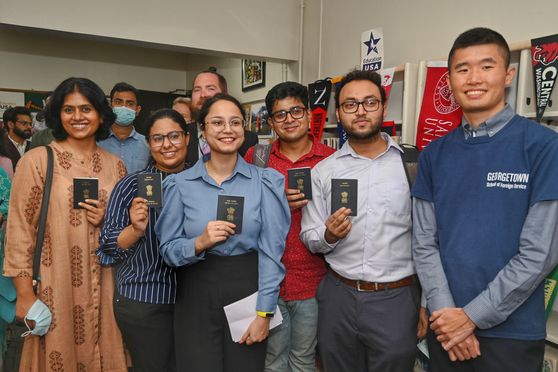 The US Consulate, Kolkata also held a session at the American Centre with about 60 students who have been accepted at various US colleges and universities. A question-answer session was held between the consulate officials and the students where all queries were answered regarding immigration, visas, housing etc.

Eric Chu, Consular Officer, US Consulate, Kolkata said, “The students had many questions before their visa interview regarding what could be asked during the interview. Now, they may have questions about immigration, housing etc. Our motive behind this session was to clear all their doubts and to bring them together so they could mingle with each other.”

On this day, the students also received their passport from the US Consulate, Kolkata.

“The session was really helpful for me as there were many questions lingering in my mind regarding immigration. I gained confidence today and I am excited to be there in the US,” said Sriyanka Basak who completed her M Phil in Comparative Literature from Jadavpur University and has been accepted in West Virginia University for pursuing a PhD. 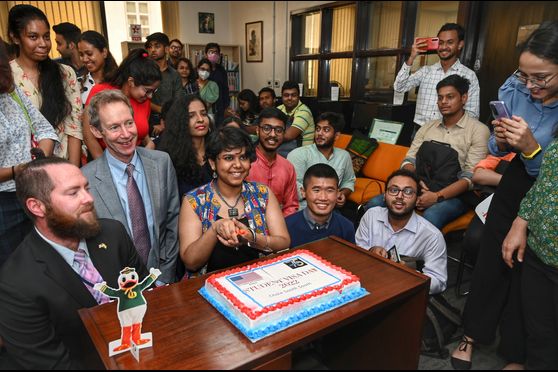 A cake-cutting ceremony was held to celebrate the students' journey to the US Source: Amit Datta

Snigdha Khanna, another student who has got admission in Indiana University, Bloomington for Masters in Computational Linguistics said, “The session was very helpful for all of us. We got a chance to network and I think networking is the one thing that we will strive for once we are there. I am hoping for the best and excited to be there.”

Melinda Pavek, US Consul General said, “We at the US Consulate Kolkata place a significant focus on students because international student mobility is central to US diplomacy, innovation, prosperity, and national security. You act as a bridge between the two countries, and just as I am sure you will learn from your American professors and classmates, Americans will also surely learn from you.”

Jim Moore, acting director, American Center said: “A world full of opportunities and excitement awaits you, for international education provides an exposure like no other. And US higher education sector is among our most precious assets as a nation. Its scope, diversity and creativity are unmatched by any other higher education system worldwide. You will experience a campus life so diverse that you will not be left longing for home.”

How to convert social media chatter into sales: A paper by UBS at top international c. . .