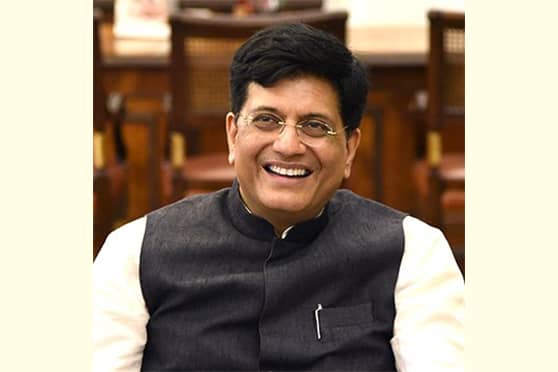 Advertisement
Summary
Piyush Goyal said that institutions such as IIFT, NIFT, and others should boost the number of students they admit
Similarly, he suggested about having shared campuses for better resource use and considered merging bodies to enhance them

Speaking with a number of Indian institutions on Saturday, November 12, Union Minister Piyush Goyal suggested that all of the campuses of the institutes under the Commerce and Textiles Ministries serve as start-up incubators and look for ways to encourage innovation and entrepreneurship in the nation.

Similarly, he suggested thinking about having shared campuses for better resource use and considered merging bodies to enhance them. "In addition, the minister asked colleges to seek for potential GI (Geographical Indications) items and to foster and develop them whenever possible. Up to 2,000 GI items could be produced in India". He also recommended updating campuses, facilities, testing facilities, and technologies to ensure they are of the finest quality.