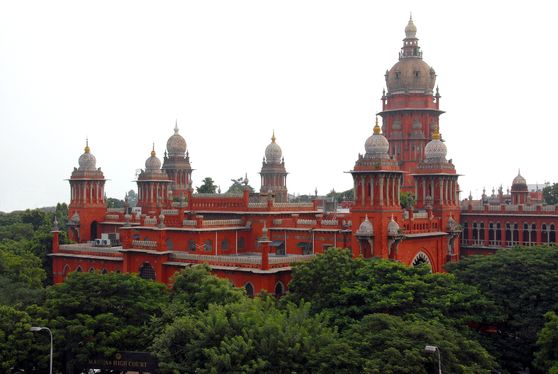 The Madras High Court on Friday suggested to the Tamil Nadu government that they should make available psychiatric counsellors in every school in the state which has an attached hostel.

The government should ensure at least one such counsellor is appointed in each district, Justice N Sathish Kumar said, when the original criminal petition from P Ramalingam, the father of the 17-year-old school girl who allegedly died by suicide at her school premises in Chinna Salem in Kallakurichi district on July 13, came up for further hearing today.

Annoyed over the recurring instances of suicide by school girls, the judge gave the suggestion to curb such incidents.

The judge also advised media outlets and social media to desist from exaggerating such incidents and fomenting consequential violence, which may ultimately result in encouraging such suicides. The media should understand its responsibility towards society, he added.

Earlier, State Public Prosecutor Hassan Mohammed Jinnah handed over a sealed envelope, containing the progress made in the investigation by the CB-CID, to the judge. He told the judge that the probe in the case was being carried forward in the right direction.

The students of the affected school are being provided with online teaching. Steps are underway to conduct classes for the students of Classes 9 to 12 at nearby schools, he added.

The records and papers relating to the second autopsy will be forwarded to the doctors at JIPMER in Puducherry this evening, Jinnah added. The matter stands adjourned till August 29.

COMEDK UGET 2022: Round 1 seat allotment out tomorrow; Steps to check

JoSAA Round 4 Seat Allotment result out on 8 October, check out steps and important d. . .

Career in tourism industry: 3 popular opportunities to choose from

COMEDK UGET 2022: Round 1 seat allotment out tomorrow; Steps to check

JoSAA Round 4 Seat Allotment result out on 8 October, check out steps and important d. . .