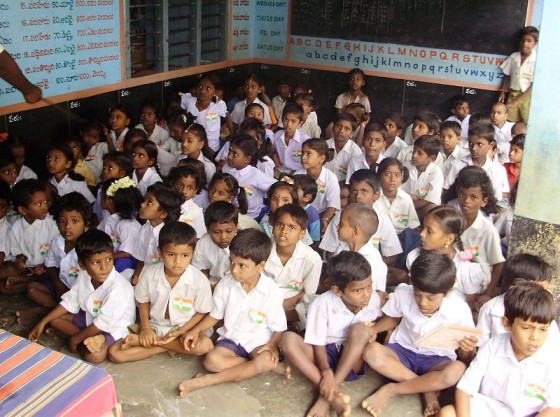 Advertisement
Summary
Students have missed out on social skills and are now easily distracted, according to 58% of the teachers. Their ability to focus has declined
The research suggests developing a group of neighbourhood volunteers called "Shikshamitras" to support students' academic requirements in order to encourage and leverage community volunteers' participation

At least 58 per cent of the teachers believe that children missed on social skills during Covid-induced school closures and get distracted easily due to reduced attention spans, according to a survey on learning loss and education recovery, conducted by the Smile Foundation recently. Over 48,000 students participated in the survey which covered urban, rural and aspirational districts of 22 states.

The survey also found that less than 50 per cent of the children are able to catch up with age-appropriate learning following the COVID-19 pandemic.

"Fifty-eight per cent of the teachers were of the opinion that children have missed on social skills and now get distracted easily. Their attention span has gone low (shortened). According to teachers, less than 50 per cent of the children have been able to cope with the learning loss over the last two years and are able to catch up on (with) their age-appropriate learning currently," it said.

These children who have been able to cope are in fact mostly those students who had been regularly performing well prior to the pandemic as well. Hence, bringing the rest of the students to par with their learning level will require some time and effort in the upcoming months, the survey says.

It further noted that parents have started getting more involved in their wards' education. According to the survey, forty-seven per cent of the parents were of the view that there is an increased interaction between them and teachers in schools as well as over phone calls.

"Thirty-eight per cent of the parents started interacting with teachers by visiting schools and there is a 27 per cent increase in attendance in parent-teacher meetings (PTMs).

"Fifty per cent of parents interviewed felt the absence of digital learning resources like devices, networks and data packs made the learning experience inadequate for the children during the pandemic," was another finding from the Survey.

Thirty-one per cent of the parents said their most preferred mode of learning during the pandemic was direct classes in offline mode or cluster classes.

"Twenty per cent (of the parents) felt worksheets and visits by teachers were very convenient and useful," as per the Survey. Also, "At least 69 per cent of the parents believe children need more support in Math and English to cope with age-appropriate learning levels".

Based on the survey, experts have recommended in the report that creating opportunities and spaces for "increased ownership of children in their learning process" as well as in-school functioning through various means such as the formation of the student council (Bal Sansad), hobby clubs, student-driven initiatives such as campaigns etc., is imperative. This will ensure improved participation in the learning process and wholesome development.

In order to promote and leverage the participation of community volunteers, the report also recommends creating a cadre of local volunteers -- 'Shikshamitras' -- to cater to the learning needs of students.