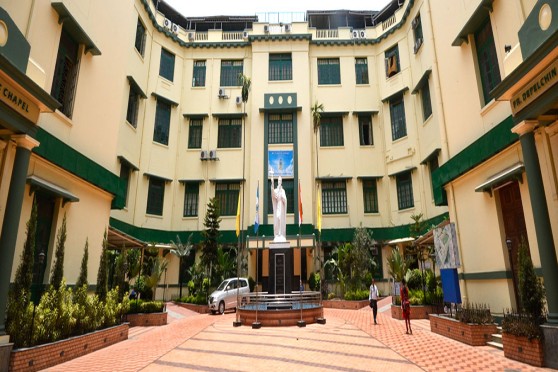 St. Xavier's College (Autonomous) will soon introduce PhD programmes in Bengali and English, followed by doctoral studies in other subjects.

The plan was shared by Father Dominic Savio, the principal of St. Xavier's College, Calcutta, at the 15th convocation ceremony of the institute on February 19.

The college will upgrade all its undergraduate departments to postgraduate studies within the next three years as part of its Vision 2025 roadmap.

Savio said the construction of the new campus of St. Xavier’s College near EM Bypass will begin shortly and be completed in three years.

“This is the third campus of the college, after its Park Street campus in Calcutta and Raghabpur rural campus in South 24-Parganas housing a state-of-the-art hub. The new campus will house the Mass Communication and Multimedia department, the community radio station, a modern incubation centre for facilitating start-ups and modern research facilities for postgraduate science departments,” Savio said.

The rural campus at Raghabpur is being upgraded to bridge the rural-urban divide among students. It will offer vocational courses to meet the needs of the local people. A centre for skill development is also being planned to impart technical skills to rural residents.

St. Xavier's College will also launch its School for Gender Studies on the Raghabpur campus in March.

“The aim is to empower girl students with knowledge and self-confidence and also to facilitate awareness among their family members, neighbours and others with regard to gender equality. The centre plans to start peer reviewed journals on the subject both in English and Bengali with ISSN numbers,” Savio said.

Cardiac surgeon and Xaverian Kunal Sarkar received this year's Nihil Ultra Award for his outstanding contribution to the society, especially during the pandemic.

Nine PhD, 352 postgraduate, 2,539 undergraduate and 95 BEd students were awarded their degrees at the offline convocation ceremony.