Schools, colleges set to reopen in Delhi, Odisha and UP amid drop in COVID cases 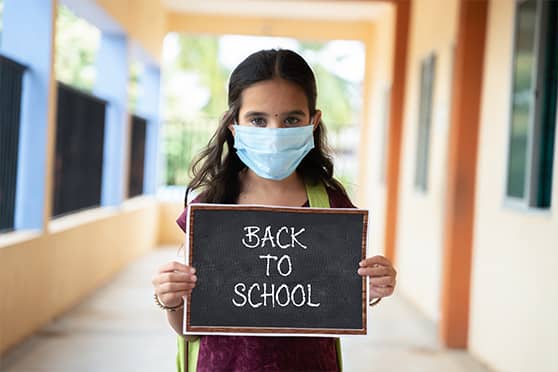 Several states have decided to resume on-campus classes in schools, colleges and coaching institutes this month as the number of reported COVID-19 cases continue to drop across the country.

While West Bengal reopened schools for students of Classes VIII to XII and those studying in colleges on February 3, students in Delhi, Uttar Pradesh and Odisha are set to resume offline classes from February 7 after a brief lockdown triggered by a third wave of the pandemic.

Unvaccinated teachers will not be allowed to take classes in Delhi

The Delhi Disaster Management Authority (DDMA) recently decided to reopen higher education institutions and coaching centres along with schools for Classes IX-XII from February 7 amid dipping COVID cases in the city. Delhi deputy chief minister Manish Sisodia announced that the panel has also decided to resume offline classes for students of nursery to class VIII from February 14.

Schools and colleges in the national capital will have to adhere to the standard operating procedure (SoP) shared by the Delhi government once offline classes resume. Schools will be reopened in a phased manner from 9 am to 12 noon from February 7, the Delhi Disaster Management Authority has decided.

The chief secretary of Odisha, Suresh Chandra Mohapatra recently made the announcement for reopening of physical classes for students of Classes VIII to XII in the state from February 7.

Colleges, universities, technical educational institutions and hostels will also reopen in Odisha on February 7. Students of classes KG to VII will return to school in the state on February 14, Mohapatra has said.

While schools and colleges have started preparing for the resumption of offline classes in Uttar Pradesh, the state government is yet to issue an official notification on the reopening of educational institutions.

UP chief minister Yogi Adityanath is likely to take the final call on the reopening of schools on February 6, sources from the UP government have said. UP is likely to resume classes for students of Classes IX to XII on February 7.

In UP, about 250 educational institutions, under the banner of Unaided Private School Association (UPSA), opposed the decision of the state government to close physical classes till February 6, claiming that it was crippling the education system.