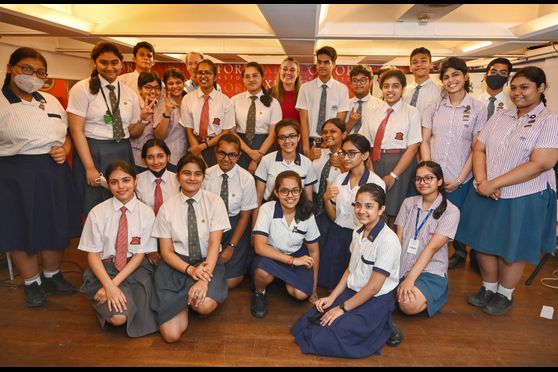 Twenty-five students from five city schools gathered at Oxford Bookstore on Park Street on April 27 to write and perform poetry, as part of an event organised by the US Consulate in Kolkata to celebrate National Poetry Month.

The workshop and presentation, titled ‘There’s a Poem in this Place’, was hosted in collaboration with Oxford Bookstores. 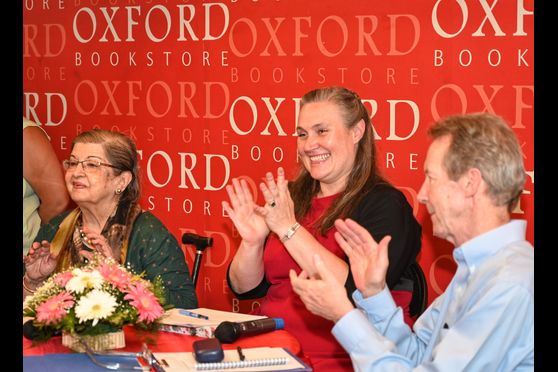 “As Oxford Bookstore celebrates its centenary year, the United States and India are celebrating 75 years of an important and multi-faceted bilateral relationship, enhanced by the people of both our nations,” Consul General Pavek said at the programme.

“We hope you will explore some contemporary American poetry in the American Center Library. As much as we pride ourselves on the printed poetry collections of American greats like Emily Dickinson, Edgar Allan Poe, Sylvia Plath, we also celebrate new voices through the poetry of Ocean Vuong and Amanda Gorman, to name a few. I invite all of you to come, explore, read and share with us at the American Center,” Pavek added.

The students were split into five groups, each consisting a student from a different school. In a one-hour workshop, mentors taught them the basics of performative poetry and also set a task to compose their own poems on the overarching theme of ‘world peace’. The students then got down to crafting their pieces, practicing them on spot and performing them in front of the judges.

“We performed a poem called White Noise. It uses anaphora, so the repeating phrase that we have is ‘I sit in silence’. It talks about a child sitting at their own grave and contemplating the war that they have just been through. The most important thing that a person can take away from this event is that a person’s words, body and articulation flow in sync with one another,” said Anupama Choudhury of the winning team. 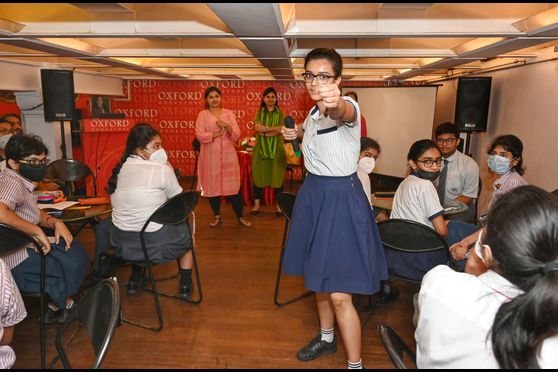 Participants introduce themselves through words and actions. PHOTO: Amit Datta

The poetry enthusiasts chose topics that mattered to them -- from war and the turmoil that soldiers go through physically and emotionally to society and its pressures.

“Our performance was called The Puppet Show. It started with a puppet show. The puppeteer was symbolic of the society and how most of us are people pleasers. The poem ended with a person breaking off from the shackles of society and finding inner peace at that moment,” said Saanvi Daga, a Class X student of Sushila Birla Girls High School, and a part of the first runners-up team.

Bringing poetry alive through performance gave the students a chance to not only learn about putting words to action but also to express themselves through body language.

Laksshha Khanna of Class X, Sushila Birla High School, was part of the team that won the second runners-up spot. “The name of our poem was The Peace Within. It was about how all of us find inner peace and escape realities in our own ways. I learnt how to do performance poetry, which was definitely on my list of things to learn. It was also great to have teamwork in flow with other poets giving their inputs to write the poem,” he said.

UPSC 2022: Notice for recruitment to various posts; check out vacancy details and how. . .

How to be a Cybersecurity Professional: A webinar with Sandeep Sengupta of ISOAH

UPSC 2022: Notice for recruitment to various posts; check out vacancy details and how. . .