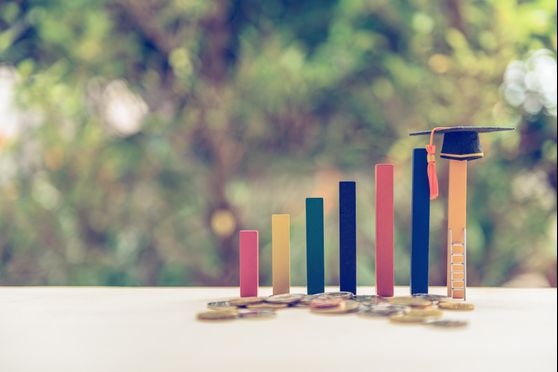 A total of 41 Indian universities have featured in the QS World University Rankings 19th edition. Shutterstock

The 19th edition of the QS World University Rankings was announced on June 9.

Six IITs figured in the rankings, attaining a higher rank compared to the previous edition.

The Indian Institute of Technology (IIT) Guwahati has gained 11 places, reaching its best result of all the editions of the QS World University Rankings.

“A higher ranking in QS WUR for IIT Guwahati makes me very proud of our excellent faculty and students and their efforts to contribute towards top quality research as well as other parameters. Their achievements are critical to our continued success in the global rankings. We will continue to focus on high-end research and make steady strides to go up the global rankings,” said T.G. Sitharam, the director of IIT Guwahati.

IIT Indore was the highest-ranking debutant in this edition, placed 396th globally.

OP Jindal Global University was the highest-ranked private university for the third year in a row, according to the rankings.

A total of 41 Indian universities have featured in the rankings, of which 12 have improved, 12 remained stable, 10 declined while seven universities are new entries.

According to the rankings, 13 Indian universities have improved their research impact relative to global competitors, seeing a rise in the Citations per Faculty (CpF)score.

On an encouraging note, two Indian universities have ranked among the top 250 for faculty and student ratio, compared to none in previous editions.

Amity University (1001-1200) is the national leader for the proportion of International students, ranking 542nd globally.

“This edition of the QS World University Rankings reflects the excellent work that several Indian universities are doing to improve their research footprint, with positive consequences for their reputation on the global stage. Conversely, our dataset also suggests that the Indian higher education sector still struggles to provide adequate teaching capacity. Further expansion of provision both within universities and across the sector as a whole will be necessary if India is to continue reaching new heights,” said Ben Sowter, QS senior vice-president.

“Among these, the multi-modal education framework is instrumental in taking education to remote and inaccessible parts of the country and partially addressing the exponentially rising demand for university places in the largest democracy in the world,” he said.