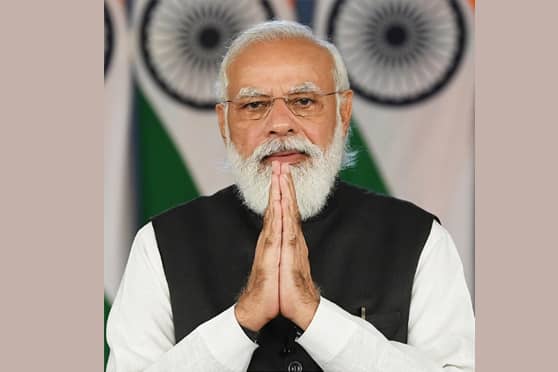 Prime Minister Modi Narendra will be handing out the digital certificates to the awardees using Blockchain Technology. Source: Facebook

Advertisement
Summary
PM Narendra Modi to interact with the winners at a virtual function as part of Azadi Ka Amrit Mahotsav and on the occasion of National Girl Child Day
Award given to children aged 5 to 18 for Innovation, Scholastic Achievements, Sports, Arts and Culture, Social Service and Bravery

The Pradhan Mantri Rashtriya Bal Puraskar 2022 awardees will be handed out digital certificates by Prime Minister Narendra Modi as a mark of recognition at a virtual function on January 24, in view of the COVID-19 situation in the country.

PM Modi will be interacting with the children via video conferencing during the function as it will not be possible to organise a physical award ceremony in New Delhi this year.

Union minister of Women and Child Development Smriti Irani and minister of Munjpara Mahendrabhai will also be present on the occasion. The event will be webcast on https://pmindiawebcast.nic.in from 11.30am onwards.

The Pradhan Mantri Rashtriya Bal Puraskar is awarded as a recognition of exceptional abilities and outstanding achievements in the six fields of Innovation, Scholastic Achievements, Sports, Arts and Culture, Social Service and Bravery.

The award is given to children residing in India, who are above the age of 5 years but not exceeding 18 years (as on August 31 of the respective year). Each awardee is given a medal, a cash prize of Rs 1,00,000 and a certificate.

These awards are usually conferred by the President of India in a ceremony at Rashtrapati Bhawan. The Prime Minister also interacts with the Pradhan Mantri Rashtriya Bal Puraskar awardees, who are given the opportunity to take part in the Republic Day parade every year.

However, considering the steady spike in COVID-19 cases across the country, no physical function has been organised at the Rashtrapati Bhawan to felicitate the awardees. Instead, the PM will be interacting with the award winners virtually as part of the Azadi Ka Amrit Mahotsav and on the occasion of National Girl Child Day on January 24.

The children would join the event from their respective district headquarters, along with their parents and the district magistrate.