PM Modi to inaugurate new building for Bengaluru’s BASE University 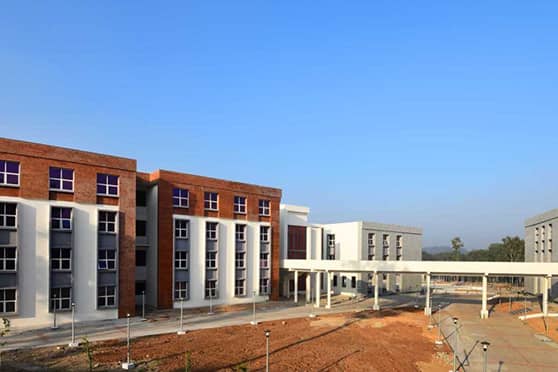 The Dr B R Ambedkar School of Economics University (BASE) was established in 2017. BASE University

Advertisement
Summary
The inaugural ceremony will be held on December 6, B R Ambedkar’s death anniversary
The new building has been constructed in Bangalore University’s Jnana Bharathi Campus

Prime Minister Narendra Modi will be visiting Dr B R Ambedkar School of Economics University (BASE), Bengaluru to inaugurate a new building on campus.

The new building will be inaugurated on December 6, which happens to be Ambedkar’s death anniversary. Modi will also be addressing the Chaitya Bhumi programme on the same day via video conference.

Karnataka chief minister Basavaraj S Bommai informed about Modi’s visit in a tweet on November 24, saying, “Looking forward to host our beloved PM @narendramodi ji in #NammaBengaluru on December 6 as he arrives for the inauguration of the new campus of Dr. B.R Ambedkar School of Economics.”

Bommai held a meeting with ministers and state government officials to plan ahead for Modi’s visit. During the meeting, the CM directed minister of higher education C N Ashwatha Narayana to review preparations for the PM’s visit.

The new building is housed in Bangalore University’s Jnana Bharathi Campus and had been constructed two years ago, with Rs 150 crore being sanctioned to the BASE university for civil work.

The university has been built drawing inspiration from the London School of Economics. At present, BASE university has 240 students and only 50 of them are staying on campus. There is a permanent faculty strength of 10, along with a few guest faculty members. The number of faculty members will be increased as more students join in.

The ﬁrst BSc (Honours) Economics batch had secured admission in June-July 2017 at the Department of Visual Arts in Bangalore University’s Jnana Bharathi campus.

The new building is set to be inaugurated four years after former Prime Minister Manmohan Singh announced the first academic session of BASE University on October 4, 2017.

How to study International Relations: Related UG courses and route to PG courses