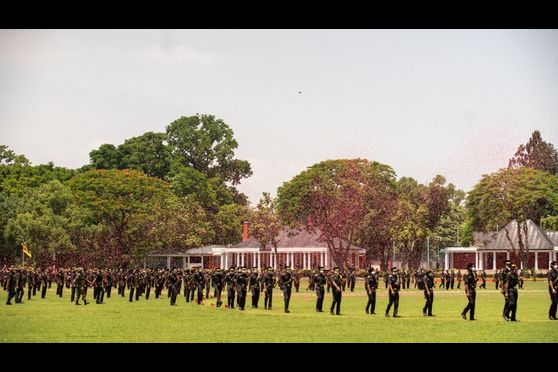 An approximate 46,000 Agniveers are expected to be recruited this year. Source: Shutterstock

Advertisement
Summary
Customised courses, current and relevant to area of service, framed in consultation with defence authorities
Certificate will be recognised for employment and higher education. Agniveers to gain adequate educational qualification and skills to take up productive roles later
Degree programme offered by IGNOU will be recognised in India and abroad for employment and education. Armed forces to sign MoU for implementation of scheme

The Ministry of Education's (MoE) Department of School Education and Literacy, through its autonomous institution, the National Institute of Open Schooling, is instituting a special programme in consultation with the defence authorities to enable Agniveers who have passed Class X to further their education and obtain a Class XII pass certificate by developing customised courses that are not only current but relevant to their area of service, according to a Ministry of Education (MoE) communication.

The Union Government had, on June 16, approved a recruitment scheme, Agnipath, for the Indian youth to serve in the armed forces.

The pan-India, merit-based recruitment scheme will offer an opportunity to serve in the armed forces as Agniveers for a period of four years, including training period. After completion of the four-year tenure, the scheme provides for retaining 25% of each specific batch for regular service, based on organisational requirements and policies promulgated by the armed forces from time to time. Agniveers shall be recruited between the ages of 17.5 and 23 years. Candidates, who have passed Class X and XII, can apply for the recruitment process.

“The Class XII certificate will be recognised for both employment and higher education in the whole country. This will benefit Agniveers to gain adequate educational qualification and skills to take up productive roles in society later in life. The special programme of NIOS will facilitate enrolment, development of courses, student support, provision of self-learning material, accreditation of study centres, personal contact programme, evaluation and certification.

“The Open Schooling system of NIOS, which is extremely user-friendly and accessible to all from anywhere, anytime, opens its doors to all the Agniveers under the Agnipath Scheme,” said an MoE official.

Also, the degree programme offered by the Indira Gandhi National Open University (IGNOU) will be recognised both in India and abroad for employment and education. The Army, Navy and Air Force will sign a memorandum of understanding (MoU) with IGNOU for implementation of the scheme, the official said.The MoE had earlier announced that it will launch a special three-year, skill-based bachelor degree programme for such defence personnel, which will recognize the skill training received by them during their tenure in defence establishments. In a separate communication, the Ministry of Defence (MoD) has said the Agniveers will be enrolled under respective Service Acts for four years. A monthly package with Risk and Hardship allowances will be given, as applicable in the three Services. Also, a one-time 'Seva Nidhi' package will be paid to them on completion of the engagement period of four years. With this scheme, the Armed Forces aims at having a younger, fitter and diverse profile for facing future challenges. An approximate 46,000 Agniveers are expected to be recruited this year.