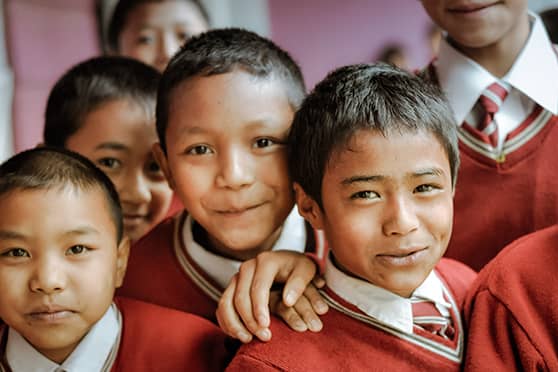 The idea behind a common school uniform is to ensure “equality” among students from diverse financial conditions in both urban and rural areas. Source: Shutterstock

Advertisement
Summary
The colour of school uniforms may for primary, middle and high school students
The Mizoram HRD board will soon submit a formal proposal to the Mizoram education department

All government school students in Mizoram may soon have to wear similar uniforms.

The suggestion was made by the Mizoram Human Resources Development (HRD) Board at a meeting presided over by Mizoram education minister Lalchandama Ralte recently.

The HRD board will soon submit a formal proposal to the Mizoram education department, HRD board vice-chairman L. Thangmawia said.

The idea behind a common school uniform is to ensure “equality” among students from diverse financial conditions in both urban and rural areas, Thangmawia said.

A common school uniform is not a new concept. It has already been introduced in some states and in all English-medium schools under the Presbyterian Church of Mizoram, Thangmawia said.

“The common uniforms, if introduced, will help students join other state-run institutions without buying new sets when their parents are transferred from one place to another,” Thangmawia said.

The West Bengal government recently directed the state education department to arrange for sky-blue and white uniforms stitched by members of self-help groups (SHGs) for students of all government, semi-government and government-aided schools in the state.

The colour of school uniforms in Mizoram might differ from different classes.

“The school uniforms for primary school students may not be similar to the one used in middle, high and higher secondary levels,” Thangmawia said.

The HRD board meeting will also appeal to all schools, both government and private, to sing a patriotic and devotional song, Aw nang, kan Lal kan Pathian, in school assemblies whenever standard operating procedure permits holding of assemblies in the educational institutions.

No school in the state, especially within three Autonomous District Councils in the southern part of the state, will be compelled to sing the song even if the state government accepted the move.