JNU: students and teachers raise concerns over the lack of clarity in admission process for PhD programmes 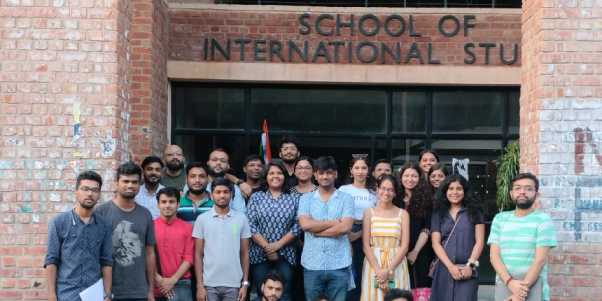 Advertisement
Summary
The prospectus for PhD admission to the Jawaharlal Nehru University (JNU) has sparked a row, with students and teachers decrying the "lack of clarity"
Moreover, teachers and students at the university have raised concerns over the lack of clarity as regards the starting of the admission process

The prospectus for PhD admission to the Jawaharlal Nehru University (JNU) has sparked a row, with students and teachers decrying the "lack of clarity" around the process and the "decline" in the number of seats. Students have claimed that the total number of PhD seats across centres in the JNU will decline by 32 per cent from the academic year 2022-23 and many centres plan to fill all the seats with students selected for Junior Research Fellow (JRF).

Moreover, teachers and students at the university have raised concerns over the lack of clarity as regards the starting of the admission process. There was no immediate response from the administration. The JNU recently released the PhD prospectus for the academic session 2022-23, according to which admissions will be based on merit. The candidates seeking admission into PhD programmes have to appear in the CBT(Computer Based Test).

While a section of students is saying that the university should re-take the responsibility of conducting the entrance examination from the National Testing Agency (NTA), another section is demanding that the NTA should continue conducting the entrance exams for PhD admission. The Akhil Bharatiya Vidyarthi Parishad (ABVP) submitted a memorandum to Vice-Chancellor Santishree Dhulipudi Pandit on Saturday and said the PhD admission prospectus, which was released last week "due to our unrelenting struggle", has many discrepancies.

"A 32-per cent decrease in PhD seats, zero PhD seats in many centres, 100 per cent seats via the JRF category in many centres like the Centre for the Study of Law and Governance, increased percentage of JRF seats for PhD admission," read the memorandum. Meanwhile, the JNU Students' Union (JNUSU) also staged a demonstration on Tuesday, demanding that the academic autonomy of universities be restored and the responsibility of conducting examinations be given back to the JNU.

The JNU Teachers' Association (JNUTA) has also alleged that admissions to the university's prestigious PhD programmes are being administered with appalling shabbiness. "The fate of a JNU-specific JNUEE, which the NTA has been conducting for the past three years, is as yet officially unknown, but it is a fact that despite the e-prospectus having been released on August 24, the NTA is yet to generate a weblink to initiate the process of inviting applications for the PhD JNUEE," the JNUTA said. The teachers said the e-prospectus was released without the approval of the Academic Council, which is the statutory body that has the sole responsibility for all matters about admissions to the university.

The JNUTA demanded that the university authorities immediately apprise the schools and centres, the boards of studies as well as the Academic Council of the status of PhD admissions for the academic year 2022-23. The ABVP has demanded that the JNU administration should rationalise the number of seats for PhD admission through the JRF category and bring it down to par with the percentage of the NET (National Eligibility Test) and JRF-qualified candidates. "Ask the NTA to conduct the JNUEE as soon as possible so that the academic calendar is not disturbed anymore," the students' body has said.