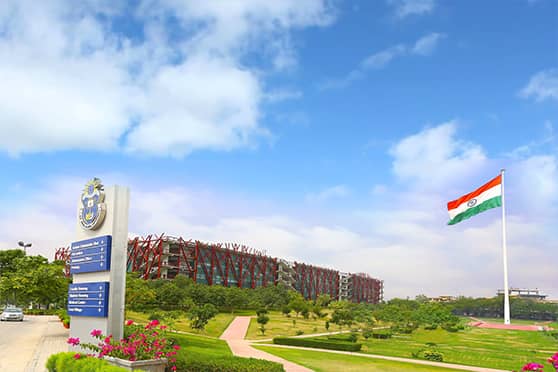 Advertisement
Summary
QS World University Rankings by Subject (Law) 2022 primarily considered academic reputation, employer reputation, citations and the h-index to evaluate institutes
JGLS has retained the first position in India in the rankings for three years in a row

Sonipat-based Jindal Global Law School (JGLS) has retained the first position in India and bagged the 70th place in the world among 1,118 law institutions in the QS World University Rankings by Subject (Law) 2022, the institute stated in a press communique recently.

To produce the rankings by subject, QS primarily considers academic reputation, employer reputation, citations and the h-index – an index that attempts to measure the stability of impact and quality of the work published by the institution's scholars.

Global rank of JGLS this year improved to 70 from 76 in 2021. The law school, under OP Jindal Global University in Haryana, scored 77.9 in academic reputation, 79.3 in employer reputation, 60.3 in citations, and 45.4 in h-index, leading to a total score of 72.6 which helped the institute secure the 70th position globally. Its domestic ranking has, however, remained unchanged for the past three years.

Naveen Jindal, the founding chancellor of JGU, said, “Congratulations to Jindal Global Law School for once again being ranked for the third year consecutively as India's number one law school. The improvement in the global ranking of Jindal Global Law School this year goes on to prove that the spirit of excellence with which it was established 12 years ago remains undiminished even in the face of numerous challenges associated with the global pandemic.”

“This has only been possible due to the relentless efforts of the university's leadership and management team, the outstanding works of our distinguished faculty members and the hard work of our students. It's the commitment to the greater good that continuously inspires JGLS to scale new heights in academic excellence, legal training and research. To see the name of an Indian university among the 70 best law schools in the world is a matter of immense pride for all of us,” he added.

C Raj Kumar, the founding vice-chancellor of JGU, said, “The rise of JGLS to the 70th position among the world's top law schools in a span of just 12 years bears tremendous significance as it marks the emergence of India as an important destination for pursuing legal education of global standards and conducting cutting-edge research.”

Railways Recruitment Exam Will Be Conducted By UPSC From 2023 Onwards