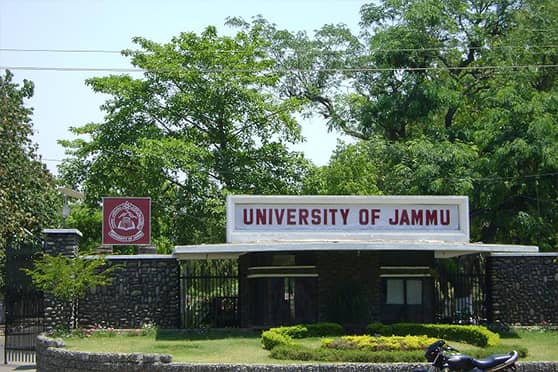 The University of Jammu is accredited as 'A+' Grade University by the National Assessment & Accreditation Council of India. Source: Jammu University

Advertisement
Summary
Jammu University vice-chancellor Umesh Rai requested Union science and technology minister Jitendra Singh to engage the students from the varsity in some of the futuristic science projects launched under the ministry
The minister said Jammu is fast emerging as north India's education hub, and called for integration among educational institutions

Newly appointed vice-chancellor of Jammu University Umesh Rai met Union science and technology minister Jitendra Singh in New Delhi recently and sought his support in engaging and enrolling students of the varsity in various new student and youth-related start-ups and other projects of the ministry of science and technology.

In his first meeting with the minister of state (MoS), Science and Technology, after taking over as the vice-chancellor, Rai requested Singh to engage the students from the University of Jammu in some of the futuristic science projects launched under the ministry.

Rai, who was a professor in the Delhi University before taking up his present assignment, sought integration of science curriculum by engaging and enrolling students of Jammu University in various new student and youth-related projects, scholarships and fellowships started by the ministry.

Singh responded that the research in the university has to be linked with start-ups and to make the start-ups sustainable, not only the academic streams need to come together but the industry also needs to be made equal stakeholders with equal investments of resources, according to a statement from the Union science and technology ministry.

On National Education Policy (NEP) 2020, Singh said its two-fold objective is to correct past anomalies that were persistent for years and to introduce contemporary provisions which are in keeping up with the present global trends.