IIT Roorkee and ARIES to collaborate and exchange knowledge 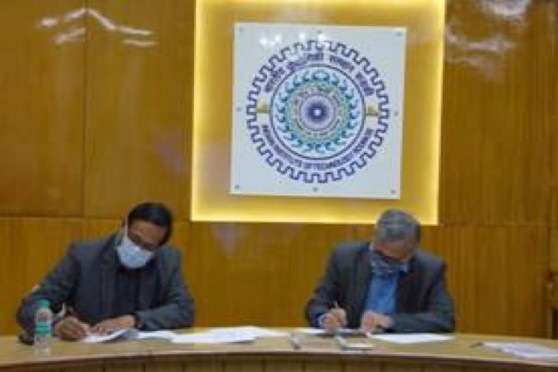 The Indian Institute of Technology (IIT) Roorkee and Aryabhatta Research Institute of Observational Sciences (ARIES) will collaborate to facilitate the advancement of knowledge on the basis of reciprocity, best effort, mutual benefit and frequent interactions.

The two institutes have signed an agreement to jointly sponsor research, development and consultancy; exchange of faculty members, scientists and students; exchange of scientific and technical matter; hold joint conferences, workshops and short-term courses, the Union ministry of science and technology said in a statement.

“ARIES will host scientific instrument(s) from IIT Roorkee for mutual benefits of the faculty and students of both the institutions,” ARIES director Dipankar Banerjee said.

“The aim of this partnership is to bring researchers of IIT Roorkee and ARIES closer to each other so as to use their respective strengths to jointly address interesting scientific and engineering problems,” IIT Roorkee director Ajit K. Chaturvedi said.

The two premiere institutes recognise each other’s strengths in research and education in one or more disciplines of science, engineering, management and social sciences and their mutual interest in engaging themselves in academic cooperation, the ministry stated.

IIT Roorkee, since its establishment in 1847, has played a vital role in providing technical human resources and know-how to the country.