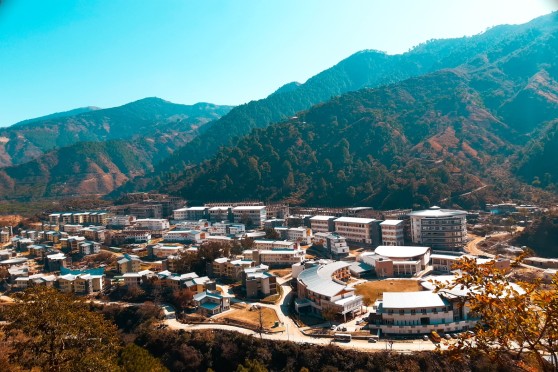 The photocatalyst developed at IIT Mandi does not generate greenhouse gasses as by-products. IIT Mandi

Advertisement
Summary
The Union ministry of education funded this study, which focuses on converting plastic waste to non-polluting fuel
This photocatalyst works when exposed to sunlight

Researchers at Indian Institute of Technology (IIT) Mandi claim to have developed a method to transform plastic to hydrogen using light – a breakthrough that may help check the hazardous effect of non-degradable plastic on the environment.

With the use of a photocatalyst, fuel and other chemicals can be obtained by treating the non-bio-degradable plastic waste, IIT Mandi said in a statement recently.

Most plastics are derived from petroleum and cannot be easily broken down into products that do not adversely affect the environment. Data suggests that around 4.9 billion tonnes of plastic end up in landfills, severely impacting the environment as well as human health. To reduce plastic waste, IIT Mandi researchers are trying to come up with effective waste management solutions.

Funded by the Scheme for Promotion of Academic and Research Collaboration (SPARC), under the ministry of education, the IIT Mandi team recently concluded their study. The findings of the team have been published in the Journal of Environmental Chemical Engineering.

“The ideal path to effective annihilation of plastics is to degrade them into useful chemicals. The generation of hydrogen from plastics is particularly useful because the gas is considered the most practical non-polluting fuel of the future,” said Siril.

The study showed that the otherwise difficult or impossible reaction is activated when exposed to light. The photocatalyst produced by the team combines iron oxide, in the form of nanoparticles, with polypyrrole, a conducting polymer. The combination formed a semiconductor-semiconductor heterojunction that resulted in significant visible-light-induced photocatalytic activity.

While most photocatalysts require a special ultra-violet light bulb for activation, the IIT Mandi photocatalyst works when simply exposed to sunlight.

Siril added, “We first ascertained the photocatalytic activity of our catalyst by seeing its action on methyl orange. The colour change from orange to colourless showed the extent to which our catalyst was able to degrade it.”

The study showed that 100% degradation was achieved in just four hours when the catalyst had 4% weight iron oxide in the polypyrrole matrix. The photocatalyst was also tested on polylactic acid (PLA). PLA is a plastic used commonly in food packaging, textiles, medical articles and cosmetics. The breakdown of the PLA released hydrogen using the catalyst, the team observed.

The team also discovered that the new photocatalyst could photoreform food waste and other biomass. It could also break down pollutants in water.

“While the generation of hydrogen is good in itself, we are even more excited about the absence of carbon dioxide,” said Siril.

Unlike other photocatalysts, the photocatalyst developed at IIT Mandi does not generate greenhouse gasses as by-products. It generates other useful by-products like lactic acid, formic acid and acetic acid instead. The heterojunction properties of nano iron oxide and polypyrrole has the scope of developing new catalysts that can have varied applications.