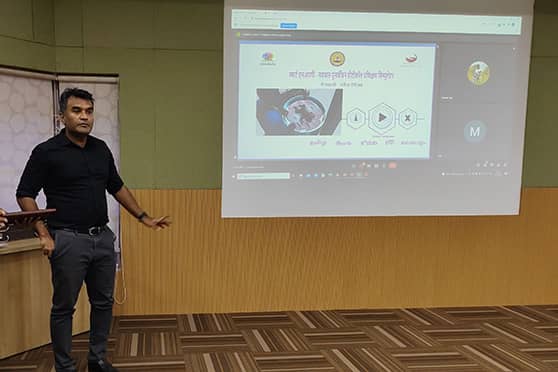 Researchers at Indian Institute of Technology (IIT) Madras have joined hands with the state unit of the National Health Mission (NHM) to prevent maternal and neonatal deaths and improve the overall health of newborn babies and their mothers by upskilling healthcare workers, the institute said in a statement recently.

IIT Madras used virtual reality, gaming technologies, cloud computing, artificial intelligence and machine learning to develop a ‘SmartNRP tool’, which will be used for training the Primary Health Centre (PHC) workers in Tamil Nadu. This will be scaled subsequently to other states in India where Neonatal Mortality Rate (NMR) is high.

In this initiative, the institute will focus on Neonatal Resuscitation Protocol (NRP), the global standard of first-aid techniques for newborn babies who are not breathing or crying.

“If you look at infant mortality, the biggest contributor is NMR, which is death within 28 days of birth. Around 40 babies are lost every 1,000 births. We want to bring this down to single digit, and all these initiatives are towards this direction. We assure you that these tools will now be provided to the healthcare workers in delivery points, and we will also have special training points.”

Neonatal health and maternal health are crucial to increasing equity and reducing poverty in any country, which leads to solving large broader, economic, social and developmental challenges, IIT Madras said in a statement.

A team from Experiential Technology Innovation Centre (XTIC), a centre of excellence on virtual reality (VR) and haptics at IIT Madras, found that upskilling healthcare workers was a major challenge that India faced, specifically at the primary health centres in rural areas.

IIT Madras director V Kamakoti said, “We need to bring in technology that will be accessible to rural India and this technology is a step in that direction. This was one of the key learnings from the COVID-19 pandemic. I am sure VR will impact not only healthcare verticals but also other areas. There are lots of interesting ideas from IIT Madras research scholars and students. The Institute has a process by which an idea can be converted into a product and benefit the society at large.”

Thanking Billdesk, Mahesh Panchagnula, dean of Alumni and Corporate Relations at IIT Madras, said, “This is a classic case of how CSR should function. We are not buying today's solutions but developing tomorrow's training simulators. IIT Madras has been at the forefront of developing solutions in labs that Industry can commercialise, and society can benefit from.”

According to the IIT Madras research team that worked on this project, most technologies used for skill training of healthcare workers were currently imported and did not address the unique challenges of India’s skill training scalability, limited resources and dense population in rural settings.

“IIT Madras should also develop tools to train healthcare workers in various other areas such as treating accident victims, among numerous others. These tools prove that there are numerous other areas that VR can be utilised in. Tamil Nadu will use these tools to improve newborn health,” said the NHM director after launching the two projects.