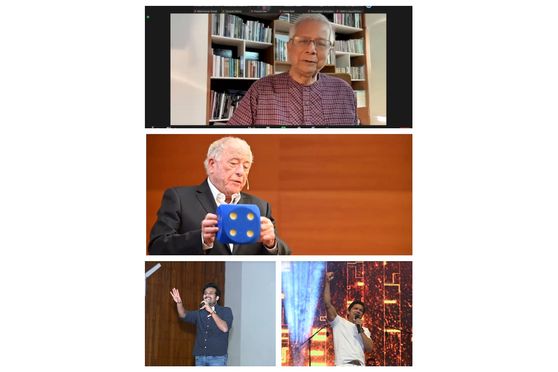 Advertisement
Summary
The fest witnessed the presence of Nobel laureates, scientists, technocrats, and many other dignitaries from various fields
The theme for Techkriti 2022 was ‘Transcending Origins'

The 28th edition of Indian Institute of Technology (IIT) Kanpur’s annual technical and entrepreneurship festival Techkriti’22 witnessed the presence of Nobel laureates, scientists, technocrats, and many other dignitaries from various fields.

The three-day fest, held from March 25 to 27, had ‘Transcending Origins’ as its theme. Through the fest, the institute offered a platform to discuss and explore various crucial aspects of business development, start-up and entrepreneurial ecosystem, and ever-evolving technologies.

Abhay Karandikar, director, IIT Kanpur, said, “IIT Kanpur always strives to enrich the research and development pool to cater to diverse areas. Techkriti has been a platform where ideas are exchanged and discussions take shape to take research and innovation one step further. This year also, with Nobel laureates and experts coming from various sectors, we are proud to explore new and emerging territories of business development, start-up ecosystems and the fast-changing world of technology.”

“The amalgamated discussions on the old versus the new truly resonate with the theme ‘Transcending Origins’. This would not only groom future leaders but also give shape to countless ideas of young entrepreneurs and technology enthusiasts,” he added.

Various workshops, competitions and exhibitions were conducted along with the talks in a dynamic virtual platform. The only two on-ground events were the Comedy Night and the Pronite show. Comedian Sahil Shah enthralled the audience with his humour on March 26, while singer Shaan made the crowd groove to his music during the concluding Pronite show on March 27.

Fincart and DSUE to offer lessons and internships in BFSI, wealth management