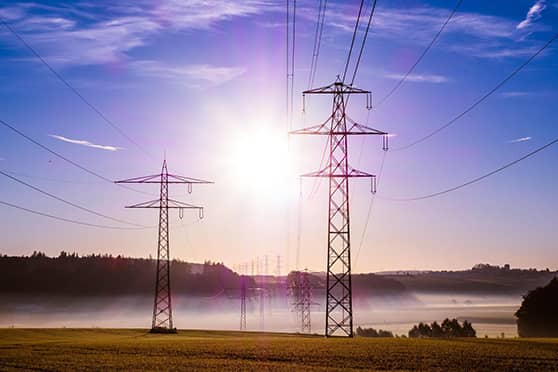 The research was conducted for better damage control during cyclones. Source: Pixabay

Advertisement
Summary
The team used damage-cum-wind speed data of Cyclone Fani in Odisha and other geographical factors to develop the framework
Strengthening towers in important substations facing high wind speeds near the coastline was the most effective damage control measure, the team found

Researchers at Indian Institute of Technology (IIT) Gandhinagar have developed a comprehensive framework that can reduce the damage caused to power transmission systems in coastal areas during cyclones.

The team used damage-cum-wind speed data of Cyclone Fani in Odisha to develop a fragility model for towers, which helps assess the functionality of the network and the influence of strategic interventions on the same.

According to the team, they found that the most efficient strategy could be to pick a fraction of towers from the highest wind speed zones that are associated with substations serving a large population.

Strengthening towers nearest to the coast may somewhat help reduce the number of towers damaged during a cyclone but its resultant impact on the affected population may not be as significant.

The study results revealed that a greater number of reinforced towers or a greater level of strengthening in them based on tailor-made and efficient reinforcement prioritisation strategies in a particular region leads to better functionality of power transmission systems.

The research team also found that strengthening the towers in a transmission line associated with important substations, with the importance quantified in terms of population served by the substation close to the coastline, led to maximum enhancement in performance.

“This is a first-of-its-kind research work because here we were able to consider a large-scale network, its relationship with the coastline, a suitable context-specific fragility curve for the towers, and realistic cyclone scenarios in a reasonable manner, which led to interesting insights into strengthening strategies for the power transmission network of Odisha. The framework can be useful for cost-effective strengthening of transmission tower networks of other coastal states of India as well, such as West Bengal, Andhra Pradesh, Tamil Nadu, Gujarat, and Maharashtra,” said, Manish Kumar, an associate professor at IIT Gandhinagar.

"The towers can be prioritised differently if a different performance metric is selected. Structural strengthening that would lead to the shift in the fragility curves considered in this study can be based on wind-tunnel tests and/or computational fluid dynamics analyses, which will further optimise the resources. This approach may also be relevant for transmission lines associated with some power plants that may require a shutdown in the event of damage to the lines," he added.

The researchers observed that the loss in functionality of transmission towers depends considerably on the location of the landfall of the cyclone. The damage was greater if the landfall was close to a region with many substations in the vicinity. This observation emphasises the need to consider the orientation of the network with respect to the coastline and the realistic properties of cyclones. Researchers also noted that the loss of functionality in power transmission could be affected considerably by the path of a cyclone before making landfall.

“A simulated cyclone trajectory indicated that it could damage towers even up to 300 kilometres apart from each other, which further underscores the need to perform such studies on a holistic scale. The framework developed by the team helps in prioritising the towers that should be strengthened to minimise the overall losses in functionality in a cost-effective manner,” he said.

“In post-disaster scenarios, decision-makers always face a constraint on 3Ms – manpower, money (budget), and materials. Hence, there is a need to supplement the bird-eye view with the component level view to identify the right set of components that should be reinforced and strengthened to minimise damage after natural calamities,” said Udit Bhatia, an assistant professor of Civil Engineering at IITGN.