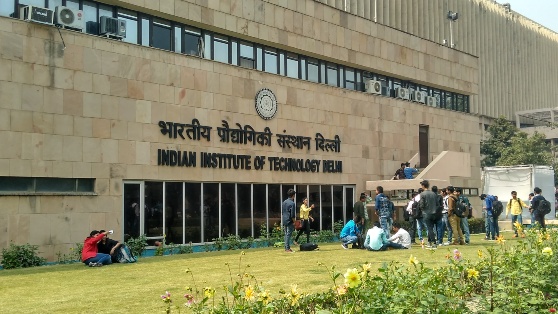 Advertisement
Summary
The students have been conducting “silent protests” on campus asking for a revision in the fee hike
Under the new fee structure, applicable to students admitted in 2022-2023, it is Rs 25,000 per semester

The students at IIT-Delhi have been protesting a hike in the fees for the M.Tech programmes, which they claimed were more than double this academic session.

As per a statement issued by the institute, the current fee structure was implemented in January 2022 and had been decided by the institute’s board, “On the request from M.Tech students to review the tuition fee, the institute formed a committee, which looked into the matter. The committee has given its recommendations, which are awaiting the board’s approval,” said an official.

However, this fee hike is currently under review by the institute authorities. Although, up until last year, tuition fees for M.Tech programmes were Rs 10,000 per semester. Under the new fee structure, applicable to students admitted in 2022-2023, it is Rs 25,000 per semester.

Additionally, the hostel fee has also been increased from Rs 10,500 per semester to Rs 13,250 per semester. M.Tech students admitted in this academic year only joined the institute last month.

“The tuition fee has increased by 150%, and the total fee has increased from around Rs 26,000 per semester to around Rs 53,000. This is while the monthly stipend – which we get for doing Teaching Assistant duties and lab work – remains the same at Rs 12,400 per month. The increment is too sharp. We had to accept the fees when we joined but we are trying to challenge it. We have had meetings with authorities but there isn’t yet any written assurance that it will be revised,” said a first-year M.Tech student.

The students have been conducting “silent protests” on campus asking for a revision in fee hike. “We are doing it peacefully and we have not gone on a strike. We want our fees to be revised without impacting our academics,” said a student who is part of the protest.

Similarly, the students of IIT-Bombay conducted a week-long hunger strike, last month to demand a rollback in fee hike at their institute after which it approved a partial rollback of the hiked fee.

JNUEE PhD 2022 admit card out at Jnuexams.nta.ac.in; know how to download here

JNUEE PhD 2022 admit card out at Jnuexams.nta.ac.in; know how to download here