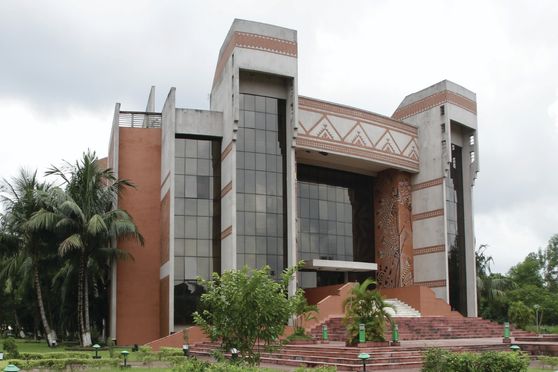 Advertisement
Summary
The institute’s Centre for Development and Environment Policy launched the roadmap building initiative
Training programmes with NTPC, Coal India and ONGC have been planned

Building Roadmaps for Industrial Decarbonisation and Green Economy (BRIDGE) initiative of the Centre for Development and Environment Policy (CDEP) at Indian Institute of Management (IIM) Calcutta aims to conduct training programmes for NTPC, Coal India and Oil & Natural Gas Corporation (ONGC) in the days to come, the B-school said in a statement on May 19.

The first BRIDGE training programme was conducted for National Thermal Power Corporation Limited (NTPC) in April soon after its launch.

To meet the first objective, BRIDGE’s flagship activity has been to publish an annual report on pathways of transitioning to low carbon for the industry in India and developing countries. The findings of the reports have a clear policy orientation. The main objective of the report is to create a research agenda for developing pathways toward the transition to low carbon for industry and creating knowledge support systems to enable the transition. It can be seen as a single resource bank for anyone looking for extensive and updated knowledge, both in terms of theory and its applications, related to the transition to low carbon for the industry in the country. Other countries in the global south can also learn from the report.

The theme of the 2022-23 report is ‘Transitioning away from Coal for Energy generation'.

Formulation of the report was initiated with a two-day round table discussion at IIM Calcutta’s Joka campus on May 16 and 17. Over 30 contributing researchers and policy practitioners from more than 20 organisations attended the discussion. The date for the launch of the first annual report is March 2023.

At the inauguration of the roundtable, Uttam Sarkar, director, IIM Calcutta, noted the serious challenge that climate change poses to humanity in current times. He stated that IIM Calcutta’s contribution towards decarbonisation was out of the concern regarding climate change.

At the closing of the roundtable, Runa Sarkar, convenor, CDEP, said that the breadth and the depth of the contributions as well as the passion with which arguments and ideas were put forward were amazing. She believes that it augurs well for the planned report.