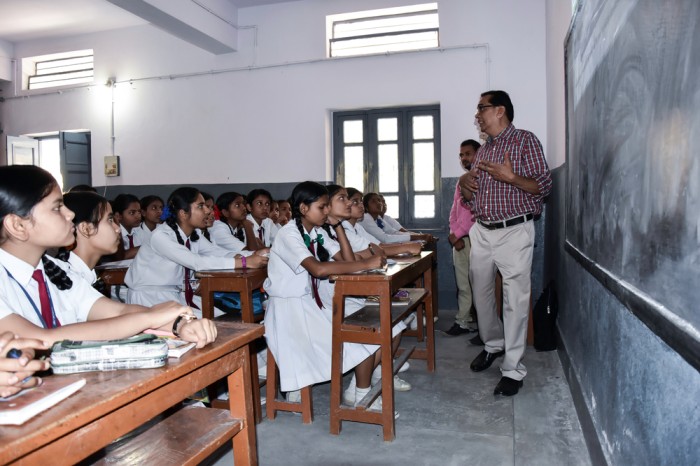 Advertisement
Summary
In December 2021, Dudi collaborated with the Pratham Foundation and conducted a very basic assessment of each student
Six months after the start of the project, there was a 17% percentage point increase in the number of third graders who were able to solve a 2×2 addition problem

Earlier on 21 November, when the results of the National Achievement Survey (NAS) were out, 31-year-old IAS officer Jitendra Dudi, executive director of the Sangli district was taken aback by the results. Maharashtra students, although better than the national average, scored poorly- one in three students of Class III were unable to answer basic questions related to language and mathematics.

At that moment, Jitendra Dudi decided to come up with an initiative to improve learning outcomes among Zila Parishad school students in his district and thus started the ‘Learning Improvement Program (LIP)’ in Sangli.

In December 2021, Dudi collaborated with the Pratham Foundation and conducted a very basic assessment of each student. Reaching over 1 lakh children, over 5,500 teachers and 90 cadres at the block and district levels, the LIP has now been completed for six months. Its success is a case study in teaching-learning innovation.

“Sangli is the first district where all students from Class I to VIII were tested. We prepare a report card for each student and suggest interventions,” said Machhindra Padwal, coordinator of the Pratham Foundation.

“Usually when we give teachers ready-to-use content, their take-up is low. We asked them to develop their own content. We decided to use local stories… involved mothers who became our volunteers,” said Dudi.

In July 2022, six months after the start of the project, a midline evaluation was carried out. The findings are such: The percentage of children in grades 3-5 who are readers (can read a grade 2-level text) has risen to 79 percent, an increase of nine percentage points. There was a 17% percentage point increase in the number of third graders who were able to solve a 2×2 addition problem. For grades 4 and 5, there was an improvement of at least 10 percentage points in the number of children who were able to tackle the writing section of the paper-and-pencil test.

“The improvement has been tremendous. Our goal is to score above 85% or 90% in all aspects for all of our students for our next survey in February-March 2023,” said Dudi.