How digital divide posed a challenge in learning and teaching 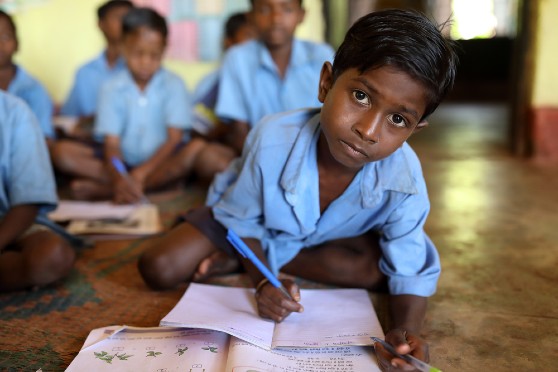 Internet connectivity posed as a major problem in the rural areas. Shutterstock

Advertisement
Summary
About 60% of Indian children cannot access digital learning, says study conducted by the Azim Premji Foundation
About 38% of households have at least one child who dropped out of education

As students return to schools and colleges after a gap of more than a year and a half, teachers are worried about the learning gaps that digital divide has created.

A study conducted by the Azim Premji Foundation found that about 60%of Indian school students could not access online learning. Another study by Oxfam India revealed that parents of private school students in urban India faced an issue with internet speed and network. There was also a great struggle with the cost of mobile data.

The situation is not very different in colleges, with students often complaining of exhausting data. Some were sharing data with their family members as WiFi was seldom available at home.

“Even though students arranged for smartphones or laptops, internet data remained a problem. They said they could only attend a certain number of classes and switching to video would also take up too much data,” said Soma Roy, associate professor of Women’s Christian College, Kolkata.

Roy also said that teaching was not a problem as such as she could adapt to it easily. “The experience was not fun like in a usual classroom as we cut down on the humour. In the beginning, students were also facing issues but gradually the situation improved. They were not missing classes like before,” she added.

The Indian Council for Research on International Economic Relations (ICRIER) and LIRNEAsia also conducted a new national sample survey where it was found out that only 20% of school children could participate in remote education. Among them, only half participated in a live online class.

Meghma Saha, a first-year student of Multimedia at St. Xavier’s College, had to complete her Class XII entirely through online classes. “Sometimes we would join the class late as there were network issues. Taking down notes seemed impossible when there was lagging and glitches. Sometimes, data would get over and we had to leave the class in between. The final year of school is the most crucial stage and completing it online was a big challenge,” she said.

School teachers in Kolkata said students often missed online classes as they did not have proper devices or internet connections. The smartphones or laptops they shared with their parents would get occupied for office work. Also, students complained about bad connectivity or data exhaustion, which led to them having to drop out in the middle of class.

The cost of internet data was a concern for students coming from middle income and financially weaker sections.

“Network issues, distance from teachers, the absence of a school environment all led to a negative approach towards education. The students often could not understand the topics being taught because of a lack of personal interaction. Teachers also suffer as it is difficult to teach and establish a relationship with students on a digital platform. Some students face genuine issues such as a bad network, some have financial difficulties, others simply take advantage of the situation by resorting to unfair means,” said Pooja Choudhary, assistant teacher, Orient Day School.

The parents of children in the primary classes found it tough to keep the kids focused.

“Hopefully soon schools for junior classes will also resume so that I do not have to sit with my child for the entire day,” said Sauli Sengupta, a single mother to Dishanth Sengupta who is in Class I.