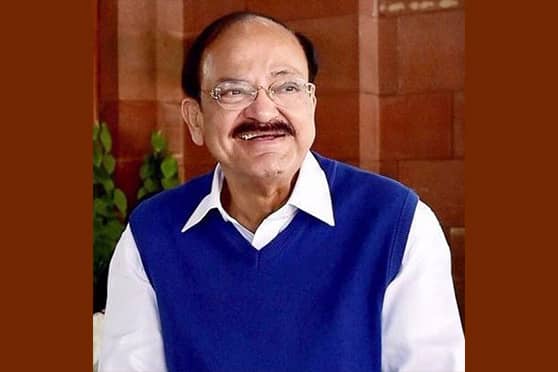 Naidu had been invited to the Dev Sanskriti Vishwavidyalaya in Haridwar on March 19. Twitter

Advertisement
Summary
Vice President takes to social media to laud Dev Sanskriti Vishwavidyalaya, a non-conventional centre of higher education in Haridwar
Naidu said that with around 1,500 full-time residential students and researchers, the university is adopting a gurukul-type system of community living, devoted to well-rounded development

Vice President M Venkaiah Naidu has extolled the virtues of the ancient gurukul system of education, saying that it has played a remarkable role in the holistic and well-rounded development of individuals.

Naidu wrote this in a social media post on March 20, referring to his visit to Dev Sanskriti Vishwavidyalaya in Haridwar the previous day.

The university, inspired by the vision of spiritual leader and social reformer Shriram Sharma Acharya, is a non-conventional centre of higher learning, Naidu noted.

“With around 1,500 full-time residential students and researchers, the university is adopting a gurukul-type system of community living. The institution is devoted to holistic education by combining practical knowledge (shiksha) with spiritual education (vidya) and seeks to provide a comprehensive learning experience to every student,” Naidu posted on Facebook.

The Vice President said he was reminded of the remarkable role played by the ancient gurukul system in the holistic and well-rounded development of individuals.

Naidu added that he was also delighted to learn that the university and Gayatri Parivar have been using music and folk songs to fight against social evils such as casteism and gender discrimination, and promote nationalism among the masses.

The university also has its own gaushala (cow shelter) with over 300 cows of indigenous breeds, he observed. The Swavalamban Kendra produces various cow products using modern and scientific techniques, Naidu said, adding that he is convinced that such initiatives, in line with the Gramodyog concept propagated by Mahatma Gandhi, can provide an alternative source of income to the farmers.