Got an innovation? IIT Roorkee can help you launch it commercially 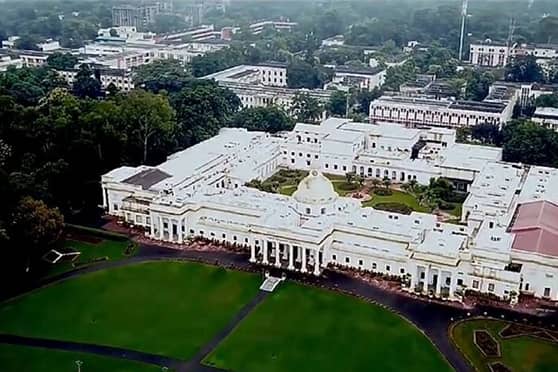 If you are an innovator, irrespective of your academic qualification and age, you can approach the Indian Institute of Technology (IIT) Roorkee and get your innovation launched commercially.

Under this initiative, any innovation in the domain of Cyber-Physical Systems (CPS) technology could be picked, nurtured, and commercially launched. CPS technology domain deals with technologies developed for the device-to-device interaction through cyberspace.

“Innovations involving IoT devices, robots, drones, AI and ML-powered devices from any Indian, irrespective of their age and academic qualification, will be accepted for incubation and commercialisation. Sometimes even schoolchildren come up with better ideas than IIT professors. Therefore, it is open to all. But the innovation has to be strictly in CPS technology domain,” said Manish Anand, CEO of DIH at IIT Roorkee.

All details of the innovation must be mailed to ceo.tih@iitr.ac.in. Applications will be scrutinised and put through technical due diligence. Once the team of technical experts finds the innovator’s claims to be true, the project will be chosen for mentoring and further upgrade. While the government would provide seed funding, corporate funding will be arranged as well for the product to be launched commercially.

“I have written to the office of the chief minister of Uttarakhand and to the Bihar DST office, seeking help to propagate the news of this programme in all the schools, colleges and universities through government agencies,” said Anand.

“Be it a school-going child, a school dropout, a highly educated person, or an elderly person, CPS innovation can be done by anyone enthusiastic about it. And we would want to run through all those ideas to help India discover its innovators and help the country to move forward to industry 4.0 and society 5.0,” he added.

Support will also be available for innovators who need help with filing patents. If financial and legal help is provided by DIH, then the latter will hold the patent rights and would give the innovator 80% of the money that the patent would generate when commercialised.

“Our aim is to offer holistic help to the innovator to get his/her innovation commercialised. We are developing an industry network and are also speaking to venture capitalists. We want ownership of the patent because we as a dedicated government agency with no-profit motive would require to keep 20% of the income generated from the patent as our running cost. Also, an individual innovator will never have the kind of reach we have to market the innovation,” Anand said.

IIT faculty members with patents can also join the programme for support. “IITs have thousands of patents but no one buys them because just a good product is not enough, good marketing and networking channels are equally necessary, which we will provide,” Anand said.

SAT: Know all about its eligibility, cost, registration, schedule and question types