Goa to implement a 100% NEP in higher education from next academic year: CM to Centre 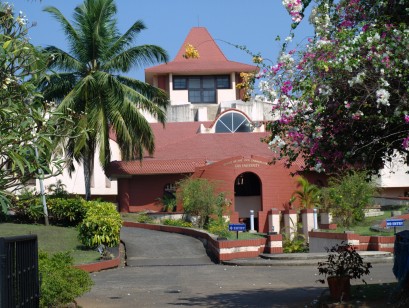 The Goa government will implement a hundred per cent of the syllabus in higher education institutes along the lines of the National Education Policy from the next academic year, Chief Minister Pramod Sawant said on Sunday.

Sawant said the state government is working on the skilling of manpower through agreements signed with various industry associations in the state.

The chief minister said the state government is sensitising parents, teachers and students about the NEP.

“The implementation of NEP from college to university level has already started. From the next academic year, a hundred per cent of the syllabus in the higher education institutes would be on lines with the NEP," the CM said.

Speaking about manpower skilling, Sawant said Goa has signed a memorandum of understanding (MoU) with every industry association in the state for skill development.

“We are preparing for the workforce required by the industry in future. We have signed agreements with 35 industry associations,” he said.

Sawant said Goa's hospitality industry would require two lakh manpower over the next five years which the government would train.

Speaking about agriculture, Sawant said Goa is stressing the cultivation of paddy and cashew crops in the coastal state.

“We are also insisting that pulses and oil seeds be cultivated as part of crop diversification,” he said.