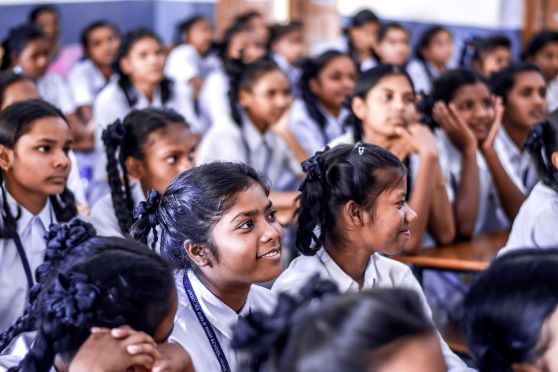 The school environment will be made more attractive with clean campuses and improved midday meals. source : Shutterstock

English will be introduced as the medium of teaching and learning at all government schools of Telangana from the 2022-2023 academic year. The Telangana government has also decided to regulate fees in private schools, junior schools and degree colleges.

The decisions were taken at a meeting of the Telangana Cabinet on January 17.

The meeting was chaired by chief minister K. Chandrashekhar Rao.

A string of measures is being taken to strengthen the education system in Telangana. the state. Growing demand from parents has prompted a new legislation for regulation of fees in private schools, junior and degree colleges as well as English-medium education in government schools from the next academic year.

The cabinet has also given its nod to Mana Vooru Mana Badi (Our Village-Our School) scheme at a cost of Rs 7,289 crore for better infrastructure and improved quality of education in government schools.

The government will be drawing up an action plan to train teachers for English-medium classes at the primary level. The school environment will be made more attractive with clean campuses and improved midday meals.

A Cabinet sub-committee has been formed to study and prepare for the new act that will be introduced during the budget session of the Telangana Legislative Assembly.