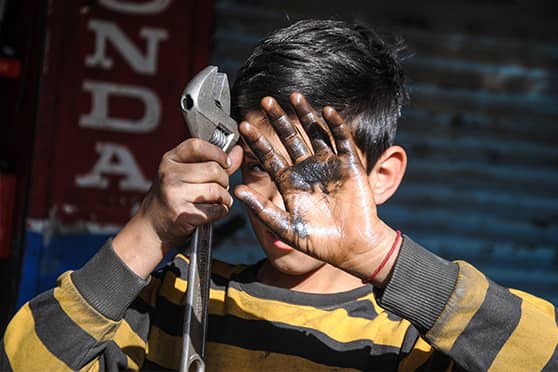 There were at least 11.72 million child labourers in India as per the last Census in 2011. Source: Pixabay

Advertisement
Summary
The study conducted by researchers from Banaras Hindu University, King’s College, London, and Brunel University, London, revealed that emotional trauma had the most wide-ranging and long-lasting impact on children
The research focused on adolescents who have worked as child labourers in North India

A study by a team of researchers from Banaras Hindu University, King’s College, London, and Brunel University, London, has revealed that child labourers subjected to emotional abuse are at the highest risk of reporting a range of psychiatric disorders and deal with various traumas as adolescents and adults.

The study assessed the prevalence and types of childhood maltreatment and examined their association with current mental health problems in Indian adolescents with a history of child labour.

Rakesh Pandey from Banaras Hindu University, who led the study in north India, said the findings show that child labour is associated with a wide range of adverse experiences including abuse, neglect and direct or indirect victimization.

“Our study shows that emotional abuse was particularly detrimental to the mental health of children. This calls for action to develop easy-to-administer and widely accessible interventions to heal the emotional wounds of child workers,” said Pandey.

The results of the study revealed an extremely high risk of extra-familial physical and emotional abuse as well as victimisation in adolescents who have worked as child labourers. They also reported symptoms of a range of psychiatric disorders, including phobias, dysthymia, depression, generalised anxiety, panic attack, post-traumatic stress disorder, conduct disorder, oppositional defiant disorder, and substance abuse, the researchers found.

“Emotional abuse has the most wide-ranging impact of all maltreatments on mental health and appears to be a transdiagnostic risk factor for several psychiatric disorders,” said Pandey.

The findings, published in the Australian & New Zealand Journal of Psychiatry (ANZJP), follow the same researchers' previous work which had examined mental health outcomes in rescued Nepalese adolescents who had a history of childhood maltreatment.

This new study focussed specifically on mental health of child labourers in north India. There were at least 11.72 million child labourers in India as per the last Census in 2011. These children might be at a very high risk of maltreatment and victimisation, the researchers have warned.

Veena Kumari from Brunel University London, who previously studied at Banaras Hindu University where the research took place, said “We have found an alarmingly high prevalence of extra-familial physical and emotional abuse in north Indian adolescents with a history of child labour. We must do all we can to prevent children from having to suffer abuse or having to work while they should really be at school.”

The researchers are currently engaged in further research to identify the mechanisms through which emotional abuse might increase the risk for psychiatric disorders.

Putting joy of learning back into education through play, says Tracy Cardoz