EIILM-Kolkata: Building ‘Aparajito’ leaders and managers of the future 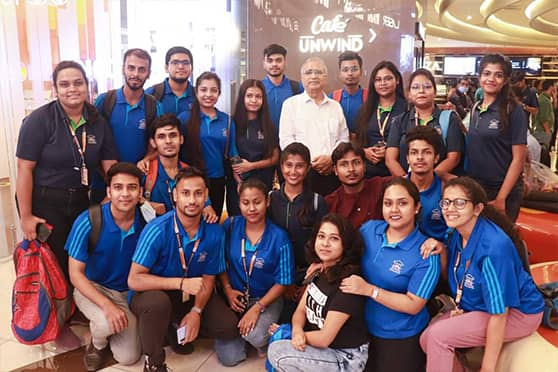 Dr R.P. Banerjee, Chairman and Director, EIILM-Kolkata with students of the institute, at the special screening of ‘Aparajito’. Source: EIILM

Advertisement
Summary
Dr R.P. Banerjee, the chairman and director of the Eastern Institute for Integrated Learning in Management or EIILM-Kolkata, arranged a special screening of Satyajit Ray’s Aparajito for the management students
Banerjee, an educationist of international repute, believes that management students can learn a lot from Ray’s work

‘Aparajito’ or the one that can never be defeated – not only is it the name of one of his masterpieces, but it is also an apt epithet for the master himself, Satyajit Ray. And being undefeated, like Ray was--both in life and in art--is a very strong message that Dr R.P. Banerjee wants to pass on to his management students.

Dr Banerjee, an international educationist of repute, is also the Chairman and Director of the Eastern Institute for Integrated Learning in Management or EIILM-Kolkata, a leading B-School in Eastern India. Dr Banerjee recently arranged a special film screening for a group of management students from EIILM-Kolkata. The film being screened was Aparajito, filmmaker Anik Dutta’s tribute to the legend, documenting the making of Pather Panchali. 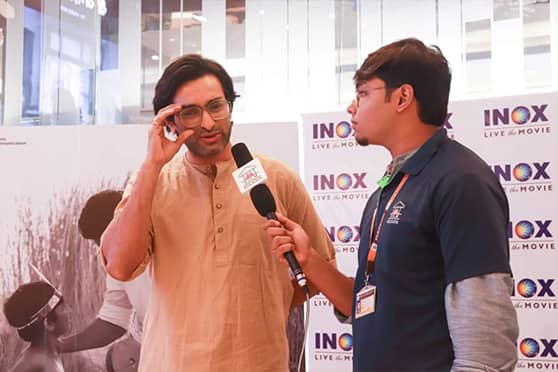 Actor Jeetu Kamal who plays the eponymous character of Aparajito Ray, in conversation with an EIILM-Kolkata student. Source: EIILM

The film highlights the struggles and hurdles that an individual faces when he tries to do something that has never been done before, something new. Dr Banerjee points out that at times like these what is needed are ‘courage and strength of mind’, both of which Ray had and the film portrays aptly. The special screening, with select members of the cast and crew present to further make it a once-in-a-lifetime experience for the students, was intended to be a hands-on learning opportunity – for the aspiring-managers to see these principles in action and be able to translate them into their own professional and personal lives, going forward.

However, for the lucky students of EIILM-Kolkata, this experience transcended the boundaries of being merely educational. Ray achieved whatever he did through sheer grit and will power. Dr Banerjee believes that good managers should approach team-building with the same ‘willed-imagination’. This screening can be considered a similar initiative where the euphoria and excitement of the students bore witness to the successful effort on the part of the management of EIILM-Kolkata and Dr R.P. Banerjee. 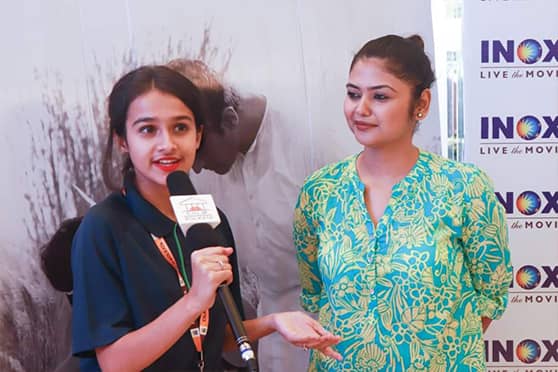 An EIILM-Kolkata student in conversation with Sayani Ghosh, who plays Aparajito Ray’s wife Bimala in the film. Source: EIILM

A student of EIILM-Kolkata commented after watching the movie that Pather Panchali is an emotion for Bengalis, far and wide. And Aparajito the film beautifully recreated the original circumstances, with excellent acting and meticulous attention to detail. However, it is perhaps in its single-minded commitment to depicting Satyajit Ray, the man, the leader and the torchbearer, that the film makes the strongest mark for itself.