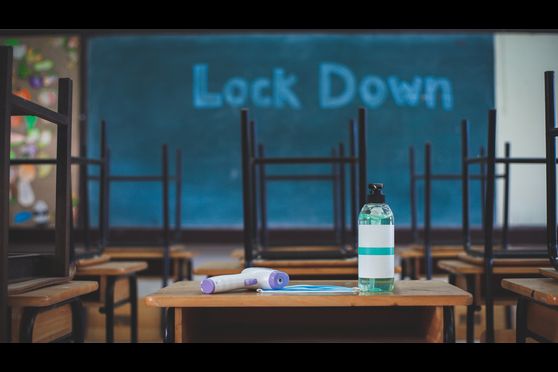 The rise in COVID cases has continued unabated in West Bengal and Jharkhand in the past couple of weeks. Source: Shutterstock

On-campus classes will remain suspended in all schools and colleges across West Bengal and neighbouring Jharkhand till January 31 in the wake of a significant spike in cases of COVID-19 in the two states.

The West Bengal government had announced on January 2 that all educational institutions will remain closed from January 3 to January 15 as a precautionary measure against the SARS-CoV-2 virus. In the latest notification issued by the state government on January 15, it has extended the period of restriction on offline classes till January 31.

"Restrictions and relaxation measures and advisory as already stand extended up to 31/01/2022,” an order issued by the chief secretary of West Bengal, H.K. Dwivedi, said.

“Classes will be held in online mode, but administrative work can be done at schools, colleges and coaching centres with half the workforce,” a notification from Singh, also the chairman of the State Disaster Management Authority, said.

The restrictions have been extended keeping in view the COVID-19 situation in the state, a notification issued by Singh, also the chairman of the State Disaster Management Authority, said.

Coaching institutes and private tutors have been directed to only conduct online classes until further notice from the government in both the states.

The rise in COVID cases has continued unabated in West Bengal and Jharkhand in the past couple of weeks. As per data released by the two states, West Bengal reported more than 22,000 COVID cases on January 15, while over 3,500 people were found infected by the coronavirus in Jharkhand.

COVID cases have also surfaced in many higher education institutions of West Bengal and Jharkhand. Several students and members of faculty were found infected by the virus during COVID testing drives on college campuses in the two states recently.