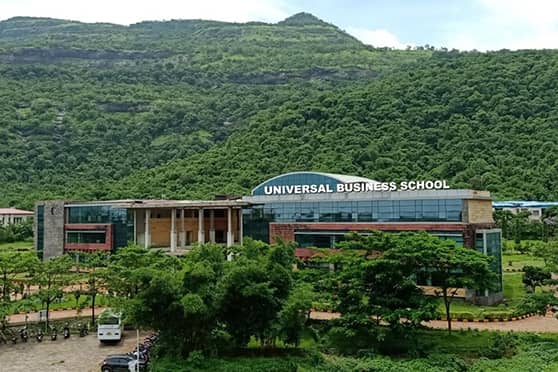 MI Subhani spoke about the role of DOAJ and the importance of open access journals at the UBS IRC conference. Source: UBS

Advertisement
Summary
UBS conducted a three-day International Research Conference on the theme ‘Green Economy, A Necessity for a Sustainable Future’
MI Subhani, director of Post Graduate Studies & Research, ILMA University, Pakistan, spoke on the importance of open access in scholarly publishing and the role of the Directory of Open Access Journals (DOAJ)

Mumbai-based Universal Business School (UBS) hosted the second edition of its International Research Conference (IRC) from March 24 to March 26 which saw participation of academics and industry experts from India and abroad.

To highlight the importance of open access in scholarly publishing, Subhani, who is a senior ambassador of the DOAJ, was invited as a speaker.

He conducted an informative session acquainting the audience with the concept of open access and how beneficial it is. “As an ambassador to the DOAJ, I wanted to talk about the role of the DOAJ, what it is doing for the future and how it is advocating for open access,” Subhani said.

Subhani added that open access means that any member of the public has access to published articles for free as the publisher sells the copyright to the author. Open access creates pressure from the general public to carry out university-funded research for free to read articles. This also creates pressure on major publishing houses that earn excessive profits from academic journals.

Describing the benefits of open access, Subhani said that it gave more exposure to the work produced by scholars and gave practitioners a chance to apply the findings. It also increases citation rates and the public has access to the work, he added.

Researchers in developing countries can easily access the work and there is a chance that the research can influence major policy changes, he said. Subhani mentioned that there are three open-access models – gold, green and diamond/platinum.

Subhani said that the DOAJ covers open access journals from all languages and subject areas. It provides visibility to the work by authors and researchers, gives access to journals to readers across the world, and acts as the main source of information in facilitating organised access to open-access literature, he added.