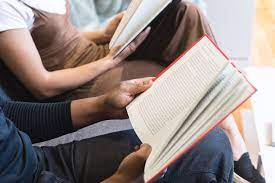 The Common University Entrance Test Undergraduate (CUET-UG), which was scheduled to end on August 20, will now conclude on August 28. Admission to all undergraduate courses in Delhi University are supposed to be done through CUET. The National Testing Agency (NTA) on Saturday announced that the test, which was cancelled last week, will now be conducted from August 24 to 28 and fresh admit cards will be issued.

The admission process is likely to begin later this month with the Dean of Admission Haneet Gandhi, saying the Common Seat Allocation System (CSAS) portal will be open by August third week for aspirants to fill out applications.

Admission through the CSAS will be conducted in three phases – submission of the CSAS 2022 application form, selection of programmes and filling of preferences, and seat allocation and admission. It is the second phase where the score of CUET is required.

The second and crucial phase of the admission process can only begin after the declaration of CUET(UG) 2022 results. A candidate will have to select programmes in which they want to take admission and confirm the programme-specific CUET (UG) merit score for all the selected programmes.

In the third phase, seats will be allocated through a merit list. This is the first time that the admissions at the university, which used to witness skyrocketing cutoffs for UG admissions every year, will be conducted through an entrance test. The University Grants Commission (UGC) had in March announced that it will be mandatory for all central universities to admit students through CUET.

On Friday, the CUET-UG exam was cancelled at 50 centres due to technical glitches. Anticipating a similar situation on Saturday, the agency cancelled the CUET-UG for the day at 53 centres and sent messages to candidates about its postponement on Friday night. UGC Chairman Jagadesh Kumar had on Sunday clarified that there were "indications of sabotage" and hence the exams were cancelled at various centres.