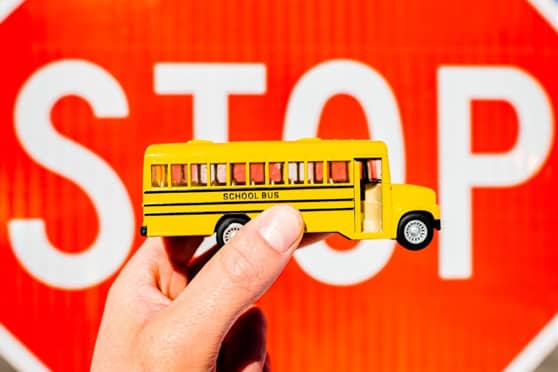 The stakeholders plan to take the Safe School Zone initiative to at least 100 schools across the country next year. Unsplash

Now that schools are steadily reopening across the country, it has become imperative to keep the roads leading to them safe for schoolchildren and pedestrians alike.

Corporates have taken it upon themselves to set up ‘Safe School Zones’ across five cities on a trial basis as part of their corporate social responsibility (CSR) initiative, often tying up with municipal corporations and nonprofits to ensure road safety for children.

“In most countries around the world, vehicle drivers are sensitive to vulnerable road users. Unfortunately, we lack that road etiquette in India. As mature citizens, we must realise that having a license to drive does not mean a license to harm,” said Pawan Kumar Singh, executive director, Transportation and Electronics Business Group, 3M India.

3M has partnered with two NGOs -- Concern for Road and Pedestrian Safety (CoRPS) and United Way of Bengaluru -- to initiate a ‘Young Change Agents for Road Safety’ drive at St Joseph’s High School in Bengaluru. The area outside the school’s premises has been converted into a Safe School Zone.

What is a Safe School Zone?

A Safe School Zone includes roads in the school’s vicinity where additional care is needed owing to an increase in school-related pedestrian and vehicular traffic. The zone extends up to 300 feet from the border of the school property or at least 300 feet from a school crossing.

While the initiative is a popular road safety concept in countries like the United States, Philippines, Indonesia, South Korea and some parts of Europe, it is yet to take off in India.

How crucial is road safety for schools? Here’s what the statistics say:

Schools that have begun the Safe School Zone initiative:

He added, “The design solutions we tested included demarcation using signage, road markings, providing designated areas for walking and waiting, multi-utility zones, including pick-up and drop-off areas, child-friendly spaces with playful elements and a vibrant pedestrian crossing. The trial using low-cost material will aid in undertaking feedback from the neighbourhood, before making it permanent on-ground.”

The schools where the initiative has been started include the 116-year-old Fort High School in Chamrajpet, Bengaluru; NP Boys Senior Secondary School in Delhi’s Mandir Marg; Jnana Prabodhini Prashala and Silver Crest School, two schools in Pune; and a school in Gurugram.

The stakeholders on board plan to take the initiative to at least 100 schools across the country next year, before proposing it to the government to make it a full-fledged programme.