Chhattisgarh Class X and Class XII board exams results out 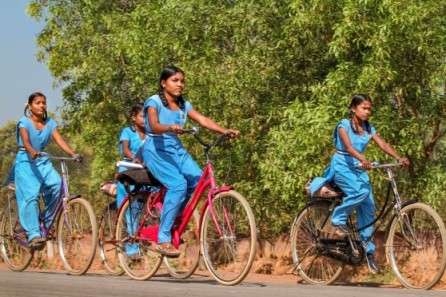 Out of 22 students who made it to the Class XII merit list, 13 are girls; and out of 71 students on the merit list of the Class X exams, 52 are girls. Source: Shutterstock

Advertisement
Summary
78.84 per cent of girls passed and 69.07 per cent of boys passed Class X exam
Helicopter ride for toppers to be organised by Chhattisgarh government

The Chhattisgarh Board of Secondary Education Class X and XII examination results have been announced.

A total of 3,75,694 regular students registered for the CGBSE High School Certificate Examination (Class X) and 3,63,301 students appeared for the exams.

Twenty-two students made it to the Class XII merit list, 13 of them girls. Out of 71 students in the merit list for the Class X exams, 52 are girls..

In the Class X exam, Suman

Baghel had earlier announced that meritorious examinees will be rewarded with a helicopter ride.

District-wise toppers in both the board examinations will also be rewarded with a chopper ride by the state government.