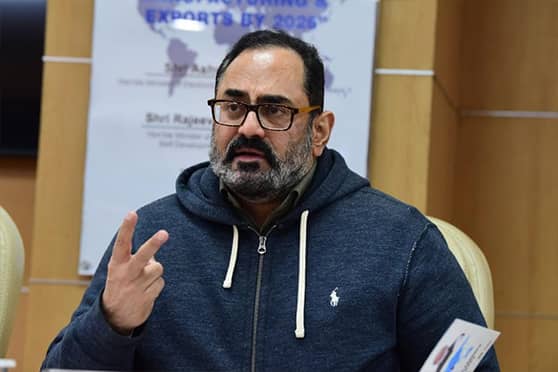 The Union government is looking for capable startups and academic ecosystems that can contribute to the creation of an indigenous mobile operating system, minister of state (MoS) for electronics and IT Rajeev Chandrasekhar has said.

The government is also planning to come up with a policy that will facilitate research and innovation in the field of operating systems and provide a platform to create an Indian alternative to Google’s Android and Apple’s iOS.

At present, mobile phones are dominated by two operating systems – Google’s Android and Apple's iOS – that are driving the hardware ecosystem as well, the minister told PTI in an interview.

"There is no alternative to Google and Apple. Therefore, there is tremendous interest in creating a new handset operating system. We are talking to people. We are looking at a policy for that," Chandrasekhar said.

The operating system is the main software of any computer or mobile device. It connects the hardware and software system for effective functioning of the device.

"If there is some real capability (in creating an operating system), then we will be very much interested in developing that area because that will create an alternative to iOS and Android, which an Indian brand can grow," Chandrasekhar said.

The minister said that most of the policies and policy tools are being relooked at in the context of reimagining goals and ambitions.

The minister said that Prime Minister Narendra Modi has set a goal of creating domestic champions in the field of innovation and technology.

He said that India has become one of the largest recipients of foreign direct investment as well as equity.

"The number of foreign banks has increased in India. For the first time, the stock market and public markets are financing and investing in technology startups and companies," the minister said.