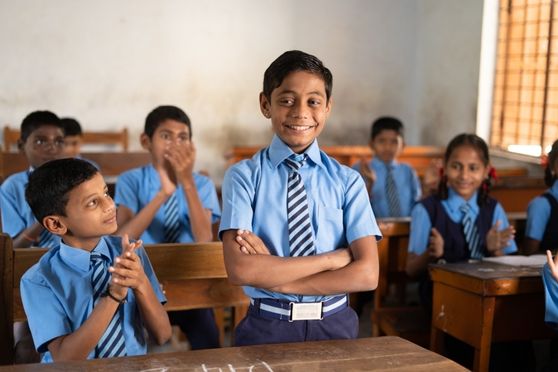 Facing backlash for introducing English as the medium of teaching for Science and Mathematics from Class 3 onwards in vernacular schools, the Assam government on Monday said only the language of the books will be changed and not the medium of the institutes.

Replying to a Zero Hour discussion by Congress MLA Kamalakhya Dey Purkayastha in the Assembly, Education Minister Ranoj Pegu said the government has no plans to transform vernacular medium schools into English medium ones. "We are only changing the language of Mathematics and Science books from Class 3 onwards. The language of the books does not define the medium of a school, please don't misunderstand it. Even the National Education Policy stressed this," he said. Pegu said that the mode of conversation between a teacher and student is "actually the medium" of a school and it will always remain the mother tongue in government-run institutes.

He also informed the House that the government is adopting a policy to appoint a teacher in a particular medium school only if the person knows that particular language. "This means that only an Assamese language-knowing person will be appointed in an Assamese medium school. For a Bodo medium school, only those teachers will be appointed who know Bodo well. This will help in proper discussion in a classroom," Pegu said. Besides, he said, the NEP stresses the need for a multilingual mode of teaching and suggests that students should be experts in Mathematics and Science in the English language.

The Assam Cabinet on 28 July decided that from the academic year 2023, Mathematics and Science will be taught in English from Class 3 onwards in all government and provincialised Assamese and other vernacular medium schools. It had also approved the introduction of a dual medium of instruction from Classes 6 to 12 in Assamese and vernacular medium schools under the state government.

These led to a huge controversy with all opposition political parties, major student organisations, including the ABVP, apex literary bodies and many social groups protesting against the Cabinet decisions, particularly English as the medium of instruction. Earlier during the day, the Assembly was briefly adjourned amid chaotic scenes after Speaker Biswajit Daimary rejected three adjournment motions introduced by opposition members, including two notices seeking discussion over the topic of the medium of instruction for the two subjects. The third motion brought in by AIUDF wanted to discuss the series of eviction drives carried out across the state, and the condition of the evicted families.

The adjournment motion is an extraordinary procedure which, if admitted, leads to setting aside the normal business of the House for discussing a definite matter of urgent public importance. As the Speaker rejected the motions, Congress MLAs and Independent legislator Akhil Gogoi went to the Well of the House and held aloft placards to press for their demands. As chaos prevailed, Daimary adjourned the House for 10 minutes. When it reassembled, Parliamentary Affairs Minister Pijush Hazarika said the government is ready to discuss the issue of teaching in the mother tongue in the House if the topic is raised through other means.

The Congress and Gogoi subsequently withdrew their adjournment motions. AIUDF MLA Aminul Islam, meanwhile, said the party’s notice be taken into consideration as it was related to “human rights violation”. Daimary asked him to raise the issue via other means, but AIUDF members continued with their demand and staged a walkout.