Ashoka Innovators for the Public identifies 14 finalists for Young Changemakers 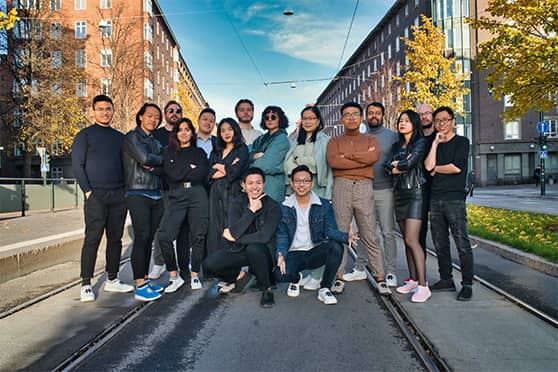 Winners of the 2021-edition of Ashoka Young Changemakers. Source: Website

Advertisement
Summary
A high-level panel of thought leaders from media, academia and social entrepreneurs to evaluate the finalists
The selected changemakers will be exposed to a global platform to groom themselves to be the influencers of youth culture in India

Ashoka Innovators for the Public, which supports the world's largest network of social entrepreneurs, has shortlisted 14 teenage changemakers (between 12 and 20 years) as finalists from different parts of the country, including rural areas and small towns, for its annual edition of the Ashoka Young Changemakers programme. These 14 are invited to the final round of selection where they will present their impactful ideas before an eminent panel, in a series of virtual events over March and April.

The Young Changemakers programme focuses on the role of young people as influencers and co-leaders. Ashoka has shortlisted these dynamic youngsters from hundreds of nominations, whose social initiatives in the field of climate change, art and culture, mental health, healthcare, education, and financial literacy have not only generated awareness but also changed the livelihoods of people around them. These bright young people are the representatives of this network, which aims to realise a “Everyone is a Changemaker” (EACH) society.

The Ashoka Young Changemakers selection panel comprises various thought leaders, influencers and seasoned social entrepreneurs who aim at educating and enabling the future generation on ways to realise the objectives of the EACH movement and lead it to a global platform. The first batch of Ashoka Young Changemakers from India who were selected in 2019 have gone on to create opportunities for thousands of students to explore social innovation and changemaking.

Yashveer Singh, executive director, Ashoka Young Changemakers said, “Each of these finalists are very special not only because of their commitment to change but also because they want to inspire everyone else to also experience the power of being a changemaker. We are grateful to Mphasis F1 Foundation who partnered with us in this journey to build this community of young changemakers.”
The selected changemakers will be exposed to a global platform where they will be given access to co-leadership boot camps, media partnerships, public speaking platforms, exposure visits, strategic allies, and more opportunities to groom themselves to be the influencers of youth culture in India.