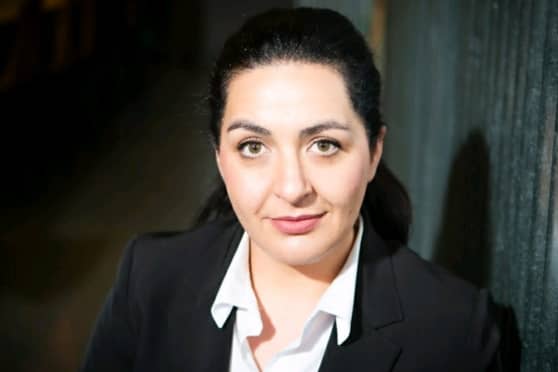 Advertisement
Summary
Angela Ghayour started Online Herat School after Taliban clamped down on women’s education in Afghanistan
The school has about 1,000 students and over 400 teacher volunteers from across the world

Angela Ghayour was just 13 when she started teaching Afghan children who could not attend school. More than two decades on, she started an online school to educate women and children in her hometown in Afghanistan after the Taliban took over the country.

A resident of the UK now, Angela had to leave the Afghan town of Herat when civil war broke out in 1992. She was eight years old then. The family fled to Iran and settled there but visa anomalies prevented Angela and her siblings from attending school for five years.

When Angela eventually started going to school, she decided to help children like her. She started off by teaching 14 Afghan children who couldn’t go to school.

Years later, Angela returned to Afghanistan and completed her education, going on to become a qualified secondary school teacher. She is now founder of the Online Herat School that has about 1,000 students and 400 teachers.

Angela has been able to reach out to women and girls in Afghanistan in the war-torn country with the motto ‘The pen instead of the gun’.

Edugraph caught up with Angela Ghayour in an online chat on her journey, motivation and work. Excerpts:

Edugraph: Tell us about your journey

Angela Ghayour (AG): One of my motivations for establishing the Herat School was not to repeat my childhood for the children of Afghanistan. And if we consider that education in Afghanistan is the only way to save children from underage marriage, we can imagine how education will affect the lives of these children. For me, education was so fragmented under compulsory immigration that I did not even imagine whether I would be sent to school the next day or not. Eventually, I returned to Afghanistan after finishing high school in Iran, and despite the hardships of being a wife and mother in an anti-feminist society, I was able to graduate from university.

Imagine a situation where no one considers your interest in education to be constructive. But my love of learning and raising my children prevented me from dropping out of school after migrating to Europe. We moved to the Netherlands, but the hardships inherited from the same culture and anti-feminist system forced me to quit my job and immigrate to England with three children. I believe that social struggle should make us more empowered. I now plan to complete my master’s and doctoral studies.

Why and how did you start Online Herat School? Tell us more about it.

The advent of the Taliban made me realise that education was not just about memorising certain texts. I wanted to take care of the girls of my homeland through education because there were forces that had been thinking of killing people in the mountains for 20 years and such people were occupying the seat of power. They were depriving women and girls of education. The basic idea was to eliminate educational discrimination. I could not wait and witness the despair, tears and hatred of the girls of my homeland and I started asking teachers around the world to join me in teaching girls and women online.

Compulsory critical thinking lessons are mandatory at Herat School. I believe it is one of the most important subjects. When women learn to think and to say ‘no’, they learn independence of mind.
- Angela Ghayour, Founder of Online Herat School

How important is it to educate women and girls?

How do you keep the girls and women of Afghanistan motivated to complete their studies?

Motivation to attend online classes is one of the most important challenges of any online programme, whether it is at Harvard University or the Online Herat School. There is a lot of data to support this, but online education in Afghanistan is currently the only option for women. Our hope is to reduce the problems of online education by providing access and to strengthen and enhance this motivation in students by using technological solutions to provide a platform that is easier to access for the girls in need.

How do you think education is changing?

5 Web Development courses for upskilling in 2022