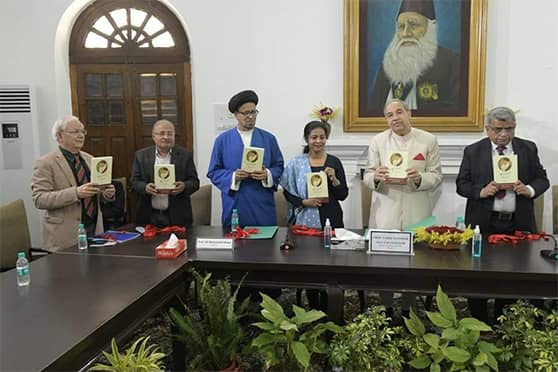 “Sir Syed Ahmad Khan had a multi-faceted personality and he should be assessed and judged in the light of the time and space he lived in,” said Mansoor, while delivering his presidential speech during the book release ceremony of the Sir Syed Academy, AMU.

He stressed upon the need to translate the monographs published by Sir Syed Academy in other Indian languages like Hindi, Bengali, Malayalam etc., so that the message of Aligarh Movement could reach a larger audience. Mansoor expressed satisfaction over the digitisation work, and conservation of the manuscripts and other rare documents being carried out by the Sir Syed Academy.

“I will continue extending full support to Sir Syed Academy which has published some very important books on Sir Syed and Aligarh Movement in the recent past,” added Mansoor.

Named after philosopher and educationist Syed Ahmad Khan, Sir Syed Academy is engaged in various research and academic programmes, organising lectures on his works, conducting seminars, and publishing books on Khan and the Aligarh Movement.

Digital Design: A Blend of Creativity and Technology