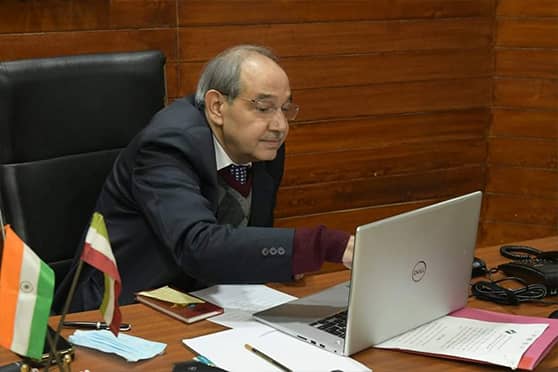 The ministry of minority affairs has sanctioned Rs.50 crore each for construction of hostels at Murshidabad and Malappurram centres of AMU. Source: AMU

Advertisement
Summary
The ministry of minority affairs has sanctioned a fund of Rs.10.50 crore for the construction of this hostel
The facility will help minority girl students, particularly from the Seemanchal region of Bihar, pursue higher studies

Vice-chancellor of Aligarh Muslim University (AMU), Tariq Mansoor, has laid the foundation for a minority girls’ hostel at the varsity’s Kishanganj centre in Bihar aimed at encouraging female education in the backward areas of the state.

The ministry of minority affairs has sanctioned a fund of Rs.10.50 crore for the construction of this hostel, the foundation for which was laid via video conferencing on January 25, a press communique from AMU stated.

Mansoor pointed out that the new hostel will greatly help the minority girl students, particularly from the Seemanchal region, as it requires many more educational institutions for the cause of female education.

AMU, Mansoor added, has also submitted a detailed proposal to the ministry of education for sanctioning of posts and funds for the centre, which was recently considered at a meeting of the ministry.

“I express undying gratitude to the ministry of minority affairs, the government of Bihar and the chief minister of Bihar for this generous support. We are indebted,” said Mansoor.

The AMU vice-chancellor further pointed out that the ministry of minority affairs has also sanctioned Rs.50 crore each for the Murshidabad and Malappurram centres for residential accommodation of students.

“It is hoped that three university centres situated in Kishanganj, Murshidabad and Malappurram will develop into full-fledged universities in the years to come. There is a need for hundreds of new universities to educate the marginalised sections,” he said.

In his welcome address, Hassan Imam, director, Kishanganj centre of AMU, said that AMU occupies a unique place among Indian universities and its centres carry further the university’s identity depicting the idea of India in its character of pluralism and inclusiveness.