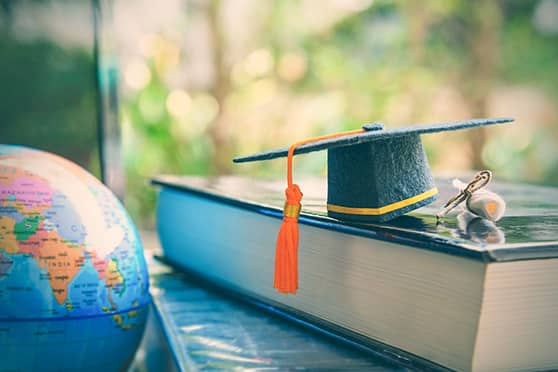 Female students of AMU attended the workshop on challenges and scope of studying abroad. source : Shutterstock

Many students in India aspire to pursue their education abroad, but few are prepared for the academic journey that lies ahead. Aligarh Muslim University’s (AMU) University Women’s Polytechnic took a step towards preparing female students for an academic future abroad.

The two-day online workshop on Education Overseas: Prospects and Challenges was conducted in association with the Training and Placement Office (General). Several speakers dwelt on topics ranging from choosing the right university, getting admission, dealing with financial and cultural challenges and figuring out safe and secure lodging.

Syed Masarrat Ali, the USA-based chairman of Sir Syed Excellence in Science Award, was the chief guest at the workshop.

“All students want the best for themselves, but lack of awareness can lead to bad decisions that may end up impacting their career. Students need to make the right decisions by picking the best universities in Western countries through reliable resources or repositories of information. It is imperative to have a good academic record and score well in the IELTS, TOEFL, GMAT and GRE exams,” Ali said.

On a positive note, Ali added: “Once these problems are managed, the experience of studying abroad will become a boon in ways students can never imagine.” He spoke about the admission procedures of various foreign universities.

Several speakers associated with foreign universities also shared their inputs at the workshop.

Ayesha Khan, a Graduate Process Engineer at Worley, Germany, spoke about how to build the right resume to gain admission to the German University Education System.

The importance of letters of recommendation for admission to foreign universities was underlined by Huma Khan of Deakin University, Australia. Commonwealth scholar Saba Ameer from the University of Birmingham, UK, discussed ways to write perfect statements of purpose.

How to prepare for requisite English language tests such as TOEFL and IELTS was tackled by other speakers.

The technical sessions were coordinated by faculty members of the Women’s Polytechnic, Amrah Maryam and Tariq Ahmed.