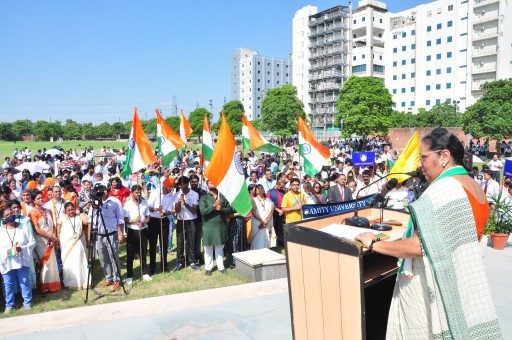 Advertisement
Summary
Amity University, Uttar Pradesh has organised a Prabhat Pheri on campus to celebrate India’s 75th Independence Day
Every block on the Amity campus had a national flag flown as part of the "Har Ghar Tiranga” Campaign

A "Prabhat Pheri" was organised by Amity University, Uttar Pradesh on their campus in commemoration of the "Azadi ka Amrit Mahotsav," which celebrates 75 years of Indian freedom. The "Prabhat Pheri" was held on the grounds of Amity University, where marching contingents were organised block-by-block and led by their respective Chief Coordinators, Heads of Institutions, and Heads of Departments, who were then followed by Amity staff and students.

Addressing the gathering on this occasion, Dr. (Prof.) Balvinder Shukla, Vice Chancellor, Amity University Uttar Pradesh, said, “Today, we, at Amity, feel proud to commemorate 75 years of India’s independence, under “Azadi Ka Amrit Mahotsav”. India must become “Aatm Nirbhar” in every field and for that Amity is preparing its students by providing them with the best of education along with imbibing great values and culture in them. The sacrifice of a lot of martyrs, leaders and unsung heroes, must always be remembered by each and every citizen of India. Education is one of the most important ways of eradicating poverty and bringing peace and harmony to society. At the same time, every citizen must think about how, we, as individuals, as a team, as a nation and as an organization, can contribute to the development of our country, in all spheres. The celebration of 75 years of independence should not end on Independence Day but every day should be celebrated as Independence Day with the same spirit.” 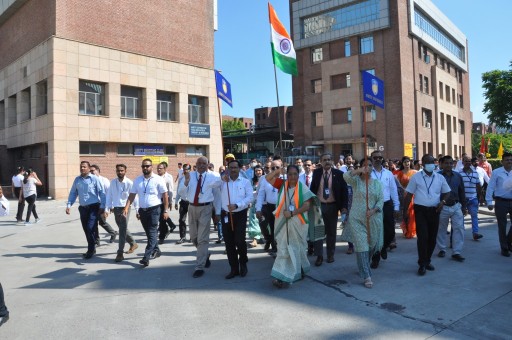 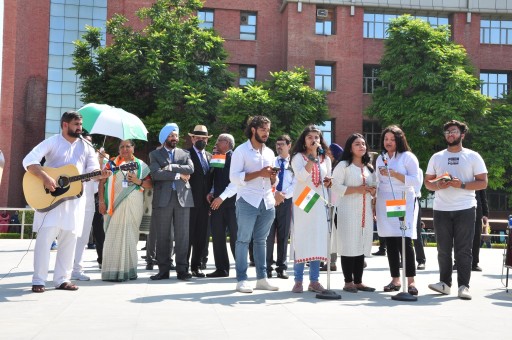 Every block on the Amity campus had a national flag flown as part of the "Har Ghar Tiranga” Campaign. Students part of the "Prabhat Pheri" procession performed loud and enthusiastic renditions of the national anthems "Vande Mataram" and "Bharat Mata ki Jai", which reverberated in the air and instilled a sense of patriotism in all Amity students, teachers, and staff present at the event. The Amity students sang a number of other uplifting patriotic songs as the ceremony came to a close, captivating the crowd with their dazzling performance.