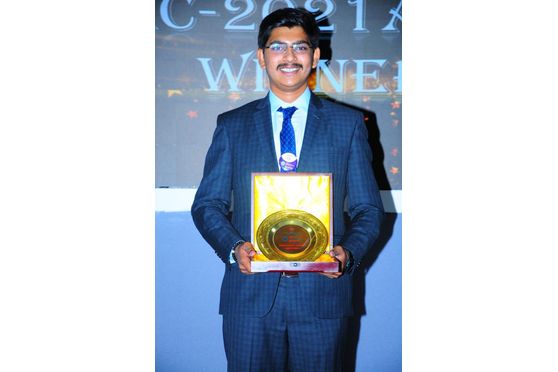 Competing with 600 participants across 10 categories, this fourth-year student of integrated MTech in nanotechnology at Amity University in Noida proposed an idea that stood out to the jury.

Selvam, who first came to know about the New Generation Ideation Contest from Amity Institute of Nanotechnology director Om Prakash Sinha, decided to send in his application for the ‘general’ theme in the undergraduate category.

“Under the general category were subcategories from which I chose ‘water remediation’. My focus was on desalination as water scarcity is a major problem. There already exists desalination technologies, however, the processes are cumbersome and are not cost-effective and energy-efficient. My focus was to reduce the cost and energy consumption so that the technology can be used in remote places as well,” Selvam told Edugraph in a telephonic interview on April 5.

Under the mentorship of Sandip Chakrabarti, associate professor, Amity Institute of Nanotechnology, Selvam decided to explore photothermal desalination to get portable water ready for human consumption. He prepared a 1,000-word proposal on ‘Metal Organic Framework Based Janus Solar Absorber for Effective Photothermal Desalination’ which was submitted for the first round of evaluation.

The second round of evaluation required the selected participants to submit a Porter presentation. Before being named the winner, Selvam had to deliver a formal presentation at the HP Green R&D Centre in Bangalore.

Being the only applicant from a private university, Selvam was overwhelmed by his win. “Everybody has creative ideas but maybe we are too scared to explore them. I have a good mentor who encourages my ideas and allows me to learn from my mistakes. Many students do not get the same opportunity to explore their ideas,” he said.

The Rs 1 lakh prize money that he won in the contest has gone into his savings. His goal for the future, Selvam said, is to continue research in the field of nanotechnology.

Nanotechnology is still in the nascent phase with major opportunities for the future. Selvam encouraged research-minded students to opt for stepping into the world of nanotechnology as it offers immense scope for research and growth.