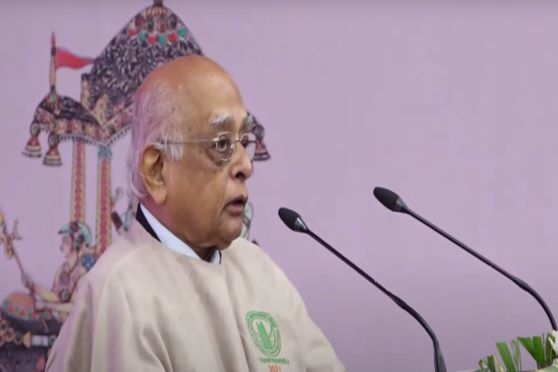 Advertisement
Summary
IIT Jodhpur aims to be a future-driven institute for nurturing excellence of thought
The convocation was conducted both physically and virtually, and was attended by faculty, staff, students, parents and eminent personalities

The Indian Institute of Technology (IIT) Jodhpur celebrated its seventh Convocation on December 19 where a total of 404 students were awarded their graduation degrees.

The event was conducted both physically and virtually, and was attended by faculty, staff, students, parents and eminent personalities.

Dharmendra Pradhan, the Union education minister of India, congratulated the graduating students through a video message and noted that despite being among the younger IITs in the country, IIT Jodhpur has emerged as a premier centre for engineering education and research.

The welcoming address was given by Santanu Chaudhury, director, IIT Jodhpur. According to the professor, the institute has embarked on an ambitious mission to establish itself as one of the top destinations in the country for a wholesome education with the right mix of flexible academics, cutting-edge research, curiosity-driven innovation and a curriculum built on technology foresight. He also briefed the various initiatives taken by the Institute during the last one year:

The initiatives taken by the Institute during the last one year include the School of AI and Data Science, Post-Doctoral Fellowship, Research and Innovation Ecosystem, IIT Jodhpur Technology Park and Innovation EcoSystem: Section 8 Companies.

IIT Jodhpur has also adopted a new vision, mission and strategic plan in the year 2021 and aims to be a future-driven institute for nurturing excellence of thought, generating, preserving and imparting knowledge using transformational technologies or interventions with multidisciplinary approach for responding to societal challenges and aspirations.

R. Chidambaram, chairman, Board of Governors, IIT Jodhpur also congratulated the students and mentioned that it was their responsibility to make India a knowledge economy. He said, “To the graduating class, I would like to say that it is your responsibility to make India a ‘Knowledge Economy’, a country with the ability to generate new knowledge. After the degrees you get today, you young people will start a new chapter in your careers, pursuing research, or acquiring additional academic qualifications, or in industries. I wish you all the best in your future careers and hope that your efforts will lead us to become a ‘developed country’.”