Study Abroad: What are the perks of studying in Ireland; Finally explained 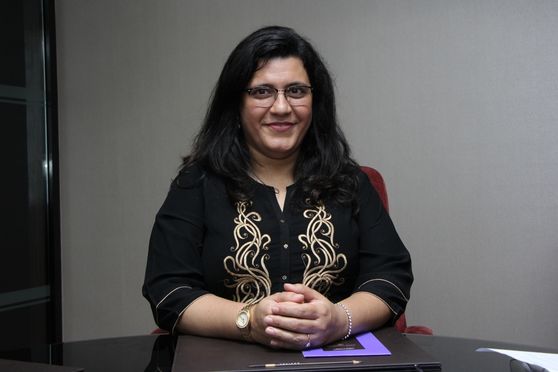 Advertisement
Summary
Ireland has an economic and cultural landscape similar to the UK and is the only country in the EU with a majority of the population being native English speakers
Ireland has a lot to offer to International students: apart from being the largest English-speaking country in the European Union, it is also the headquarters of top global companies, making it a good post-education employment destination

The United Kingdom (UK) exited the European Union (EU) on 31 January, 2020, leading to a reshaping of trade and business in the European continent. While challenges arose from changes in cross-border tariffs and duties, impact on supply chain, and movement of goods and services, there were also significant opportunities that arose for many EU countries across industry sectors. The Republic of Ireland was one of the key beneficiaries of the economic prospects that developed in the aftermath of the Brexit.

The reasons for the positive benefits for Ireland were many. One is of course the fact that Ireland is the only EU country that shares a land border with the UK. Ireland is also one time zone closer to the American east coast compared to the rest of Europe and brings with it all the advantages of being a member state of the EU with complete free access to the EU market.

Secondly, Ireland has an economic and cultural landscape similar to the UK and is the only country in the EU with a majority of the population being native English speakers. With English being the most widely used language globally for international trade and diplomacy, the English-speaking base in Ireland has been attractive to US companies as well as companies in the UK, relocating to Ireland, to access the EU.

Over the years, Irish higher education institutions have witnessed an increase in applications from international students, and in the last decade, over 200% growth in student numbers from India. Ireland has a lot to offer to these students, apart from being the largest English-speaking country in the European Union, it is also the headquarters of top global companies making it a good post-education employment destination. Ireland has more than 5,000 students from India, some of whom have been living in the country since the onset of COVID-19. International students were facing many challenges during this phase, with limited employment options, closed borders and economic stagnation. Understanding these concerns, and as a part of the COVID-19 crisis mitigation strategy, the Irish government provided international students, irrespective of their nationalities, emergency payment and credit lines. The two-year stay-back option for students at the postgraduate level remained in place to allow international graduates to seek employment opportunities in Ireland, despite the ramified challenges of the pandemic.

The life sciences and the medtech sectors in Ireland benefit from high employment rates and the availability of industry-skilled talent. Ireland, in general, boasts a well-skilled, educated English-speaking population and being based in the EU also gives businesses the ability to hire workers from other EU member states.

A business-friendly environment and pro-business government has made Ireland an attractive destination for international corporations, as well. The result is visible with a thriving Irish economy fueled by technology, fintech and financial services, life sciences, and other businesses that have set up in Ireland. The country has been a magnet for the global pharmaceutical industry and attracted a significant level of FDI in medical research, pharma and medical devices. There is also huge potential in frontier technologies like Artificial Intelligence, Internet of Things cybersecurity and across industries including the advanced manufacturing sector.

Today Ireland is home to close to around 100 Indian companies with a presence ranging from a small office with half a dozen people to large manufacturing units and delivery centres employing over a thousand people. These include well-known and respected names such as Wockhardt, Deepak Fasteners, Jain Irrigation Systems, BrowserStack, SMT, UTI, Birla SunLife, Unichem, Wipro, TCS, Infosys, Tech Mahindra and HCL. For many Indian companies with a base in the UK, Ireland is a preferred destination to relocate to or hive off a part of their operations into, to continue to service and preserve their EU base. As Indian technology companies move to becoming value generators, Ireland can play a big role in supporting this vision.

About the Author: Tanaz Buhariwalla, Director for IDA Ireland in India has been associated with the organisation for over a decade. In her role, Tanaz has been engaging and providing strategic counsel to various MNCs, conglomerates, large corporates, SMEs, and start-ups for their plans for European growth. Her go-getter attitude has helped a lot of companies understand their potential to expand beyond their current geography in the European markets. She has successfully advised and aligned companies like HCL, NIIT, Crompton Greaves, Tech Mahindra, Jaguar Land Rover, Infosys, Wipro, and mid-sized companies like BrowserStack, SMT, Biotech Visioncare amongst others to expand their footprint in the EU. Tanaz is a Commerce graduate and holds a Master’s degree in Change Management from the UK and an Advanced Management course from the Smurfit Business School, Ireland.

4 Popular Job Sectors to look out for in Aviation Management

Study Abroad: What Students Can Expect In Their First Week Abroad