St. Augustine’s Day School holds its Investiture and ​​Felicitation Ceremony for the Batch of 2022-23 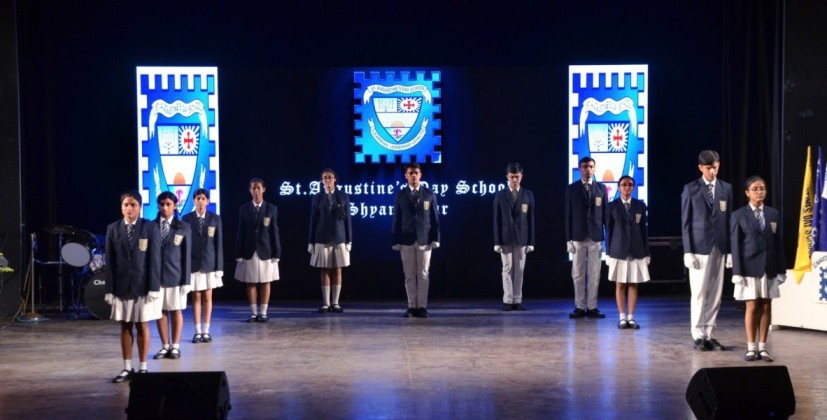 Advertisement
Summary
St. Augustine’s Day School, Shyamnagar recently held its Investiture Ceremony for the new academic batch
The teaching and non-teaching staff members of the school were felicitated for their utmost devotion by the school principal

St. Augustine’s Day School, Shyamnagar held its Investiture Ceremony for the batch of 2022-23 on Saturday 2nd July, 2022. The event successfully selected the new members of the Student Council from senior school and Junior Prefects from middle school at the Oikatan Auditorium in Naihati. The event was graced by the presence of Mr. Amitava Chowdhury, CEO and Secretary of St. Augustine Education Society, Mr. Pritpal Singh, Mr. A. K. Seal and other such eminent personalities. The ceremony began with all the dignitaries paying homage to the Founder of St. Augustine Education Society which was then followed by a prayer from the former School Captain.

As per the school protocols, the last academic years Student Council marched on to the stage holding their school and respective house flags with pride. Soon after which they surrendered their respective flags and relinquished their badges of responsibilities to the school Principal, Reverend Rodney Borneo. As a token of appreciation these students received souvenirs for their steadfast commitment from the latter. 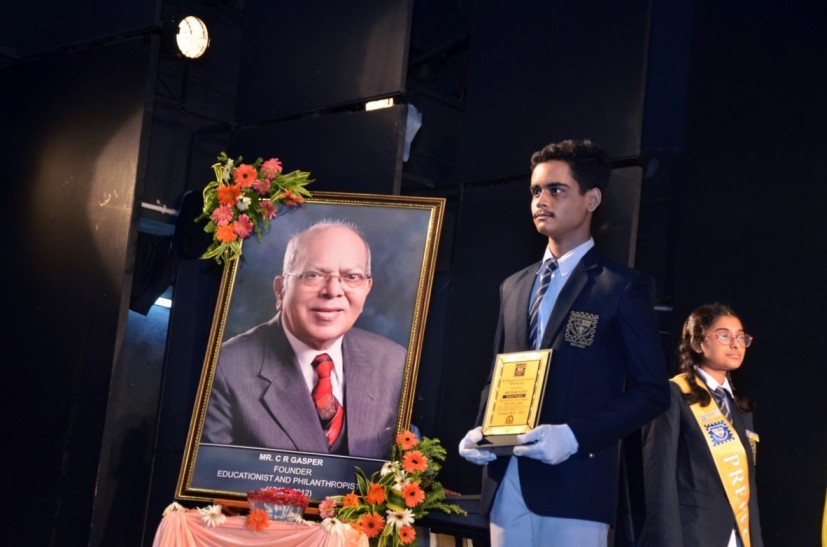 Post this submission the names of the Junior Prefects for the academic session 2022-23 were announced. The school Principal further imbibed the spirit of Learning, Leadership and Loyalty while administering the oath to the Junior Prefects. Receiving the badges of responsibilities the proud recipients gaily marched out of the stage leaving it to the school choir that further mesmerised everyone present at the ceremony with their melodious appeal. This musical appeal was an inspiration to the audiences to help each other in changing the world. 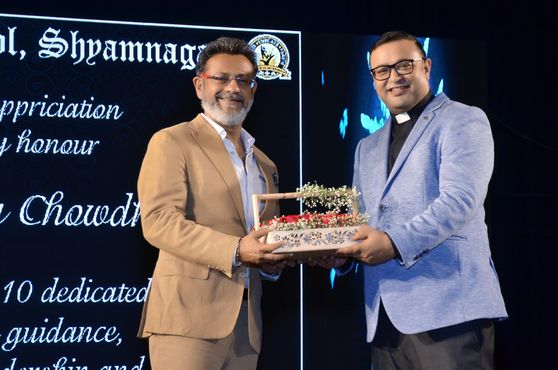 The school’s newly-formed Student Council members paraded to the stage, ready to take up their responsibilities. The Council members were individually introduced to everyone by middle and senior school Headmistress Miss Sanusree Sarkhel who even outlined their strength and uniqueness. This Council took its oath after answering a few preliminary questions asked by the Principal. Citing the example of Mahatma Gandhi, father Borneo explained that a leader must pave the way for others to tread upon by practising whatever he preaches. The school principal also felicitated Mr. Amitava Chowdhury for his unwavering cooperation and guidance for the past 10 years. The teaching and non-teaching staff members were even felicitated for their utmost devotion towards the school for 25 years and 10 years respectively. The event marked its end point by a vote of thanks by the senior school coordinator, Mrs. Urbi Mukherjee followed by the school anthem.