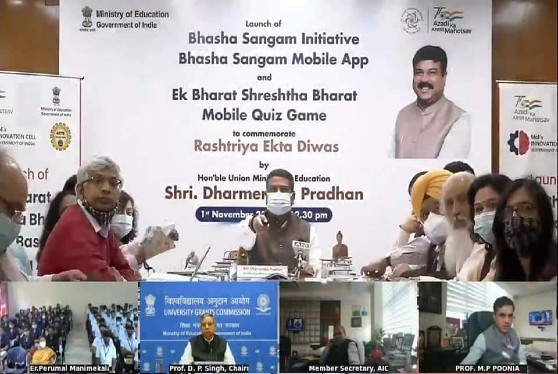 The app is available in English and Hindi on Google Playstore.

The gaming app aims to enrich the youth of India about Indian culture, religions, traditions, languages, history and more.

The app opens with a quote by Sardar Vallabhbhai Patel, the first deputy prime minister of India.

On entering the gaming app, the first level shows a wheel of six regions — East, West, North, South, North-east and Central. On tapping on one region, one gets to see a list of all the states in that region. One can select a state and attempt to answer 10 multiple-choice questions. All correct answers takes the player to the next level.

The questions are based on the geography, history, traditions, language of that state.

The Ek Bharat Shrestha Bharat quiz app was launched with other education ministry initiatives such as the Bhasha Sangam app and Bharat Sangam initiative to commemorate the Rashtriya Ekta Diwas.

“India is a diverse country with many traditions, cultures, languages, folklores, religions etc. The education ministry, along with All India Council for Technical Education and Ministry of Education’s Innovation Cell, has launched three initiatives to make people aware of the languages and diversity of India. In future, we are planning to launch more initiatives that focus on improving skills,” Pradhan said.

LSAT India 2023: Result for January session will be out tomorrow; Check major details