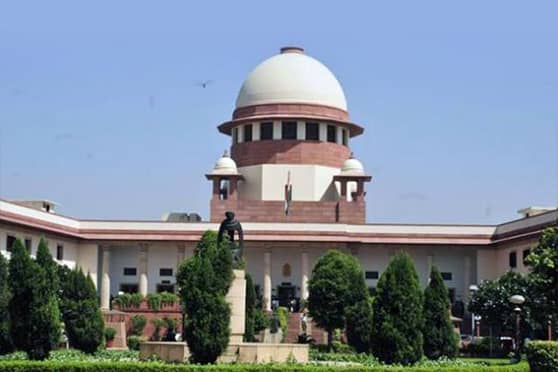 The SC is hearing petitions filed by a group of doctors seeking to participate in the mop-up round of NEET-PG 2021-22 counselling. Source: Twitter

Advertisement
Summary
Supreme Court bench directs special round of counselling for the 146 fresh seats, allowing students who have joined the All India Quota (AIQ) or state quota in round two to participate in it
Director General of Health Services told to invite options from students within 24 hours and complete the process within 72 hours after the cut-off time for options

The Supreme Court has cancelled the All India Quota mop-up round of counselling for the NEET-PG 2021-22 admissions in order to resolve the anomalies over 146 fresh seats, which were not available for candidates who participated in round one and two of the process.

On March 31, a bench of justices D Y Chandrachud, Surya Kant and Bela M Trivedi directed a special round of counselling for the 146 fresh seats, and allowed students who have joined the All India Quota (AIQ) or state quota in round two to participate in it.

The bench also directed the Director General of Health Services (DGHS) to invite options from students within 24 hours and complete the process within 72 hours after the cut-off time for the options.

The bench clarified that all the directions have been issued in exercise of its jurisdiction under Article 142 of the Constitution. Additional solicitor general Aishwarya Bhati, appearing for the Centre, said that the DGHS has decided to drop the 146 fresh seats, which were added for the first time in the mop-up round.

On the advisory of March 16, Bhati said that it is in tune with the earlier verdict of the top court but the problem was that many states had not informed the Centre on time about the number of students, who had taken admission under the State quota.

The suggestion of dropping the seats did not go well with the court as the bench said, “You can very well have an additional round for filling of the 146 seats and we will have 146 more doctors. You don’t have to drop the seats; it is a criminal way to drop the seats.”

The bench added that the DGHS may hold a fresh round of counselling for the 146 seats after asking for options from the students within 24 hour and complete the process within one week. “We will uphold the advisory of March 16 that students who had participated in round two of the counselling for state quota will not participate in the mop-up of the All India Quota,” informed the bench.

On March 30, the top court had directed the Centre to maintain status quo till March 31 in the mop-up round of NEET-PG 2021-22 counselling and asked the DGHS to reconsider issues, including the decision of adding 146 new seats.

The Apex court had observed that these 146 seats were not available to the candidates in the previous rounds of counselling and they had no opportunity to participate in these seats. It had said that these 146 seats have been allocated to students who are lower in merit than those who were allotted seats in the rounds one and two of the counselling.